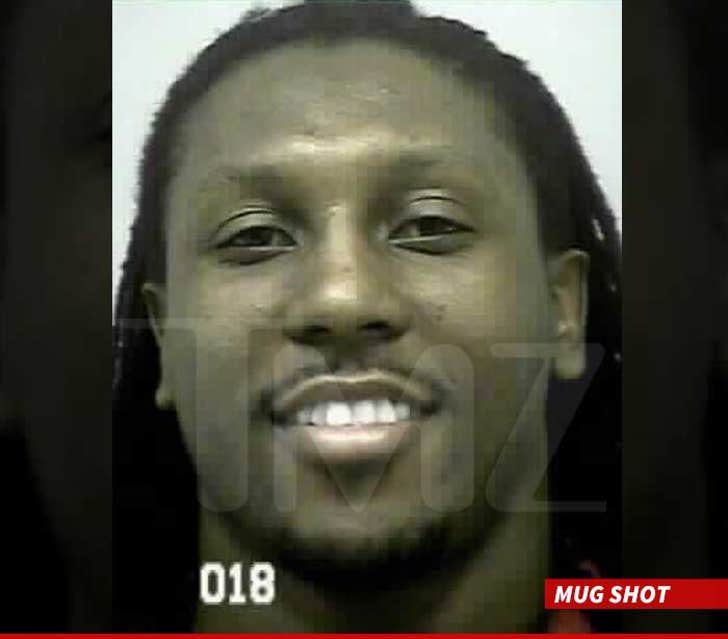 Atlanta Falcons wide receiver Roddy White was arrested in Atlanta this morning ... and it's all because the guy was rollin' around town with tinted windows.

Law enforcement tells TMZ Sports ... cops pulled over White's Audi A8 for speeding around 3:16 AM ... and during the stop, they noticed a warrant out for Roddy's arrest.

Turns out ... in February 2013, White was cited for having non-transparent tinting on his car window -- and he was required to appear in court the following month.

But officials say White blew off his court date -- so a judge issued a warrant.

The 32-year-old was arrested and hauled to a nearby station -- where he was booked and posed for a smiling mug shot.

Law enforcement tells us Roddy was very cooperative and couldn't have been nicer during the situation.

He was eventually released on $168 bond.