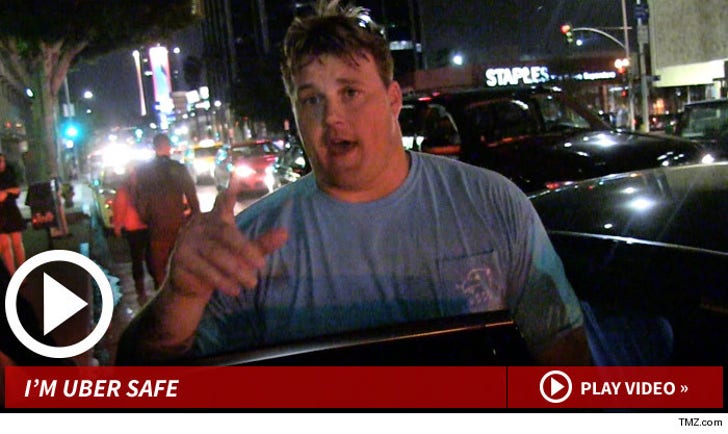 TMZ Sports shot footage of the Miami Dolphins player rolling into Warwick on the Sunset Strip -- after arriving in his Uber chauffeuered car.

On his way out, Richie got back into his hired ride and had some words of advice for his fellow partiers -- DON'T DRINK AND DRIVE.

Even Jonathan Martin can't argue with that.