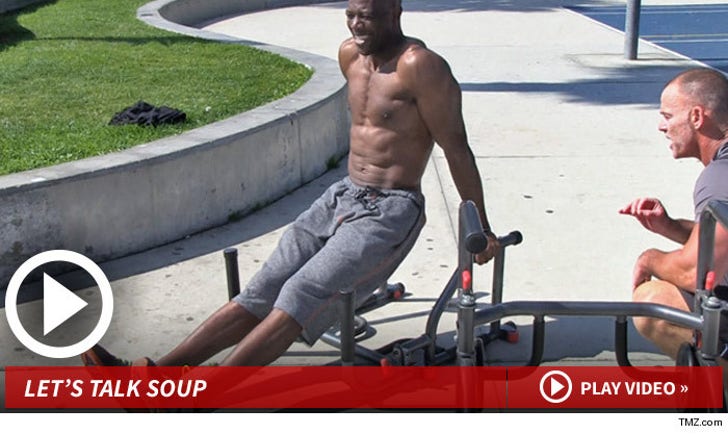 The feud that divided the Eagles is officially OVER .... so says Terrell Owens who tells TMZ Sports he's buried the hatchet with Donovan McNabb ... ten years after they were at each other's throats.

T.O. was out in Venice to shoot a promo for a piece of workout equipment called "The Rack" -- dude's still frickin' ripped btw -- when we asked about the beef with his old QB.

FYI -- McNabb and Owens hated each other back in the day ... and famously went after each other in the media after losing the Super Bowl.

But the beef has been dying down in recent years ... and McNabb even considered attending an event that honored Owens in Philly earlier this month.

Despite the olive branch, T.O. couldn't help himself from taking one last shot at D.M. ... and it's all over soup. Check out the clip.