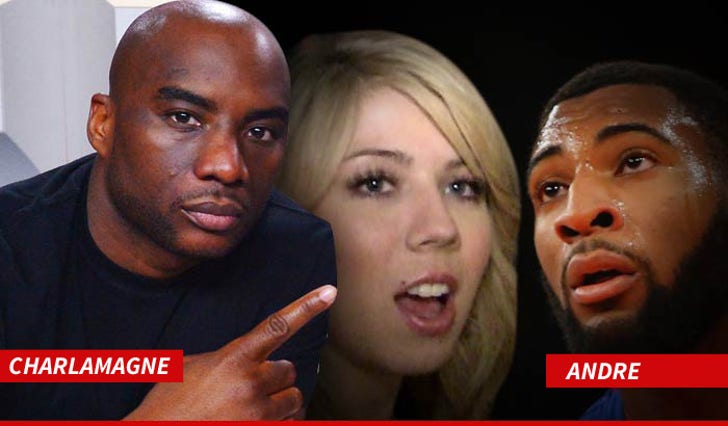 "iCarly" star Jennette McCurdy is nothin' but a "ratchet ho" who played NBA star Andre Drummond like a fiddle to boost her own celebrity status ... so says MTV star Charlamagne tha God.

Charlamagne -- who stars on "Guy Code" and "Charlamagne & Friends" -- tells TMZ Sports ... the "ratchet ho" proof is in the fact that she publicly engaged Andre on Twitter after he named her as his "Woman Crush Wednesday."

Charlamagne also says he believes Drummond when the NBA star sad he didn't leak racy pics of Jennette to the internet -- even after she trashed him and humiliated him on a podcast this weekend.

"I bet ten other guys have the same pics Andre has," Charlamagne says ... "She’s an idiot."

For all you non-urban linguists out there -- Urban Dictionary defines "Ratchet Ho" as, "A female lacking class and integrity. Pertaining to women with weak moral foundations that generally are characterized by their general antagonism towards people; slut; degenerate."