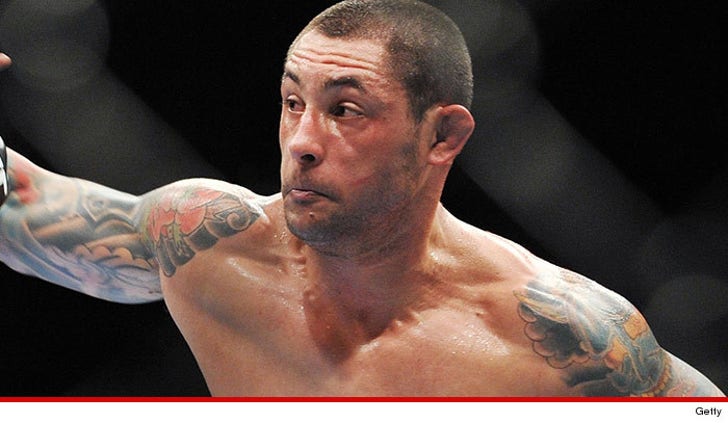 Former UFC star Thiago Silva has been cleared to fight again ... not by the UFC (Dana White banned him for life) ... but by a judge, who says Silva has the right to earn his living.

As we previously reported, Silva was finally released from jail (on bail) after allegedly grabbing a gun and threatening to execute his wife and her boyfriend outside of a FL martial arts gym last month.

The judge slapped Silva with several restrictions (no drugs, booze, anger management, etc) ... but Silva's attorney Scott Saul tells us he DID allow Silva to resume training for his MMA career.

Weird, since one day he'll be learning how to manage his anger ... and the next he'll be training himself to pummel another man within an inch of his life.

We're told Silva -- who's under house arrest and wears an electronic tracking device -- has permission to train at a nearby gym. He's also allowed to visit with his attorney and his manager.

Since the UFC is off the table, Silva will try and book a fight with another organization -- and once that happens (if it happens), the judge will have to give approval before Silva can enter the ring.