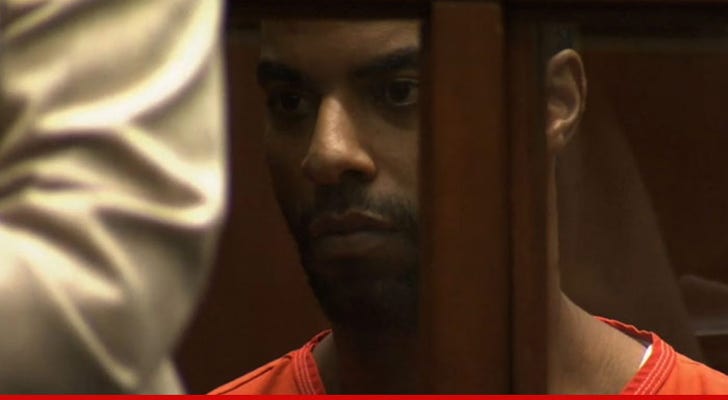 Darren Sharper WILL NOT be released from jail today ... and a judge shot down his request for house arrest ... all because L.A. prosecutors got an assist from the Grand Canyon State.

Sharper appeared in L.A. County Superior Court this morning ... and asked the judge to be released from his cell since prosecutors in New Orleans have still not made up their minds about charging Sharper with sexual assault.

FYI -- last week, the judge had said that if N.O. didn't charge, Sharper would be released on bail.

But that was before Arizona stepped in with its own charges ... and today in court, the judge said that since Darren was formally charged in AZ, she could NOT release him because the sexual assault charges in Arizona are "non-bondable."

Sharper's attorneys told the judge that they have an agreement with AZ prosecutors that Sharper will be allowed to turn himself in ... instead of being forcibly extradited ... but the judge didn't budge and ordered Darren to stay behind bars until the next hearing.

Sharper's team asked for Sharper to be released on house arrest -- but the judge rejected that as well.

The next hearing is set for March 24.