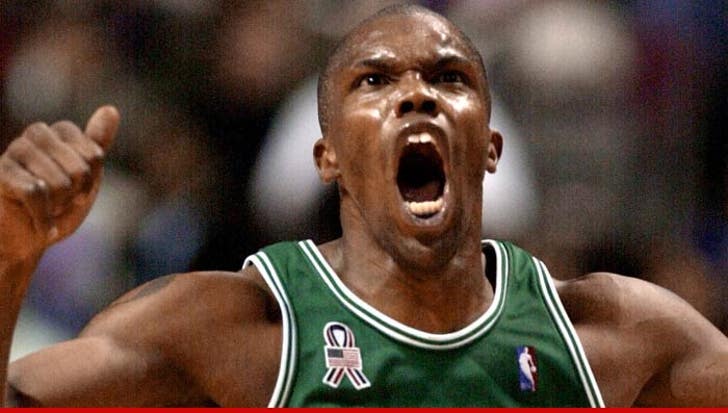 The search is finally over for former NBA player Eric Williams ... because his deadbeat ass was tracked down in Jersey ... and now he could be sent to jail for ducking his baby mama, TMZ Sports has learned.

We broke the story ... 41-year-old Williams -- who also appeared on "Basketball Wives" -- has been on the hook for $24k in unpaid child support to the mother of his 13-year-old son since back in November, but he blew off a court order to pay up and then went M.I.A.

Well, now ... we've learned a process server finally found the guy in the Garden State and gave him a court summons to appear before a judge in April ... OR ELSE!!!!

FYI -- the "or else" means the judge could order a warrant for his arrest if he doesn't show ... which means he could find himself behind bars.