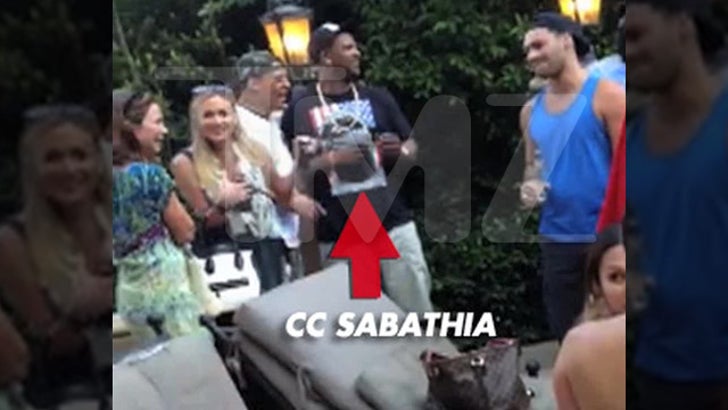 CC Sabathia took the celebrity chef craze to a new level for his 33rd bday party -- because the whole thing was catered by Three 6 Mafia member (and Oscar winner) DJ Paul ... TMZ Sports has learned.

The party for the Yankees pitcher was insane -- it all went down at Phil Maloof's mansion in L.A. back in the Summer ... and we're told it was packed with superstars like Joba Chamberlain, Derek Jeter, Carl Crawford and Chris Brown.

But according to multiple sources, the best part was the food -- and the man responsible was DJ Paul ... who moonlights as a private chef for a TON of famous people when he's not in the studio.

"I'm good friends with the Maloofs," Paul tells TMZ Sports ... "A lot of times they'll pay me to come cook for their celebrity parties ... which, with them, is often."

Paul says he's rocked the kitchen for stars like Michael Phelps, the New England Patriots, the Yankees, Dodgers and more.

So, what was on the menu for CC's bash?

Paul says his celebrity friends are usually shocked when they notice him in the kitchen at the A-list parties he caters -- "The first thing people say is, 'Oh s**t, this is good! Did you really make this?'"

He adds, "I love cooking. I'm from Memphis, Tennessee. All we do is eat ... eat and get diabetes."