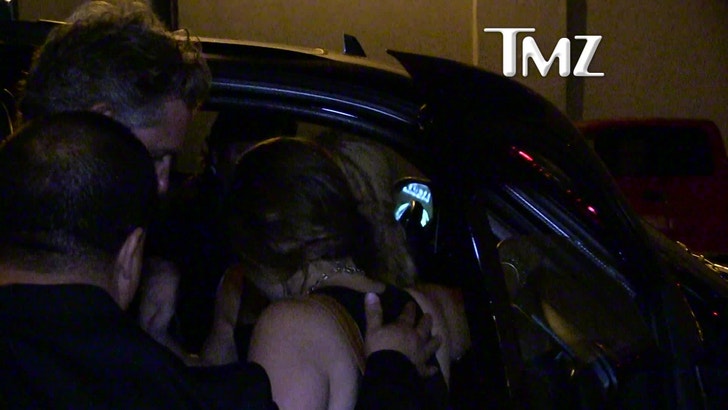 A wobbly Jessica Simpson hit up Warwick nightclub in Hollywood Sunday night, but from the looks of it ... she did plenty of partying beforehand -- and even had to make a 911 call for fast food to soak up the booze.

Simpson was accompanied by Eric Johnson and it's a good thing he was there ... because somebody had to make sure she didn't fall flat on her face!

Mrs. Weight Watchers -- who did look AMAZING -- had a hard time making her way in and out and definitely seemed to have a hard time answering fairly simple questions. Best part of the video ... the driver making a Jack in the Box run for Jessica WHILE she was in the club!