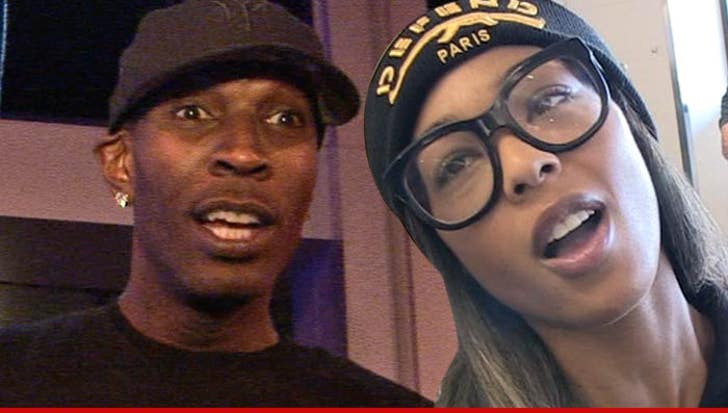 Former NBA star Joe Smith claims his ex-girlfriend, "Love & Hip Hollywood" star Moniece Slaughter, bilked him out of a ton of money ... and he's pissed that cops have done nothing about it.

According to a report filed with the Manhattan Beach Police Department, Smith claims that between October 2011 and March 2012, nine checks were written from his checkbook to a Timothy Clayton Carr ... totaling $109,000.

Smith told police he did not write the checks and does not know a man by that name.

In June 2012, police were able to get a hold of Carr, who told them he was a friend of Slaughter and that he was cashing the checks for her as a favor because she didn't have a bank account. Carr told cops he was unaware the checks were stolen or that anything was wrong until Smith canceled the last check.

Carr also told police Slaughter had agreed to pay him back for the canceled check, but it when it came time to meet up ... she disappeared.

But Slaughter told police an entirely different story. According to the report, Slaughter claims Smith knew all about the checks and signed them personally. She claims Smith only canceled the last check because the pair broke up.

After talking to Slaughter, police went back to Smith and explained her story. His response ... "She's crazy."

Smith has told police he wants to press charges, but nearly 2.5 years later ... nothing has come of it. He tells TMZ Sports he's frustrated the case remains unresolved and feels police have been giving him the runaround.