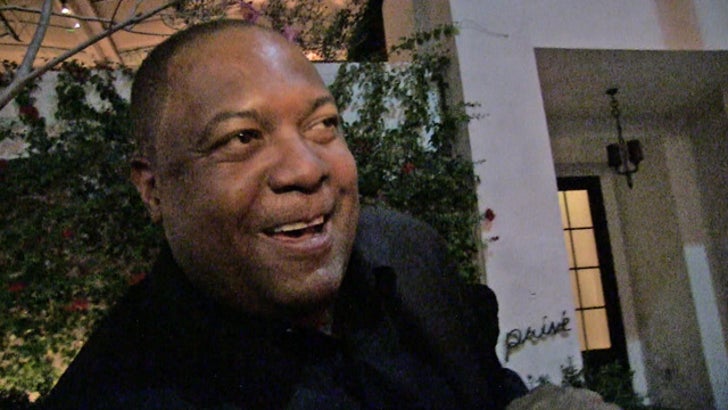 Deflated balls or not ... the New England Patriots kicked Indy's ass this weekend -- and the amount of air in the pigskin had NOTHING to do with it ... so says ex-NFL QB Rodney Peete.

Peete -- who played in the NFL for 16 years -- says the whole "Deflate-Gate" scandal is being blown way out of proportion ... because despite the pressure in the footballs, "you still gotta play the game."

The NFL is not commenting on the investigation into the Pats -- but multiple reports say the league found 11 of the 12 balls were under-inflated by 2 pounds-per-square inch.