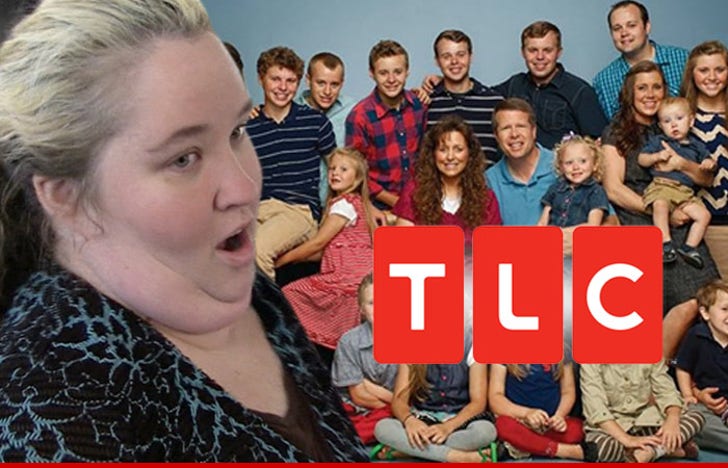 Mama June is so angry TLC has not cancelled "19 Kids and Counting" she's prepared to sue TLC, claiming the Duggar family is way worse than hers, yet they still have a show.

June tells TMZ there is no way TLC can justify keeping the Duggar family on the air yet yanking 'Honey Boo Boo.' June notes within hours of TMZ posting the pic of her cavorting with convicted child molester Mark McDaniel, TLC pulled the plug on her show.

June says she never molested anyone and McDaniel wasn't ever on her show, yet Josh Duggar is a central figure on the TLC show and admitted to molesting some of his sisters, who are also on the show. What's more, she believes Jim Bob and Michelle covered up their son's misdeeds.

With that backdrop, June says she's out hundreds of thousands of dollars because of the abrupt cancellation of her show, and if the Duggar family stays on the air, she wants to sue the network for what she believes is blatantly unfair and inconsistent treatment.

And June adds, "I read that the Duggar family said, this happening with their son brought them closer to God and each other. So they're saying it's ok to have family touch time? Hell no." 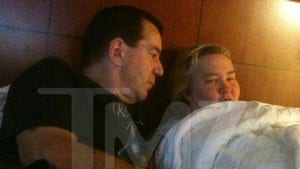