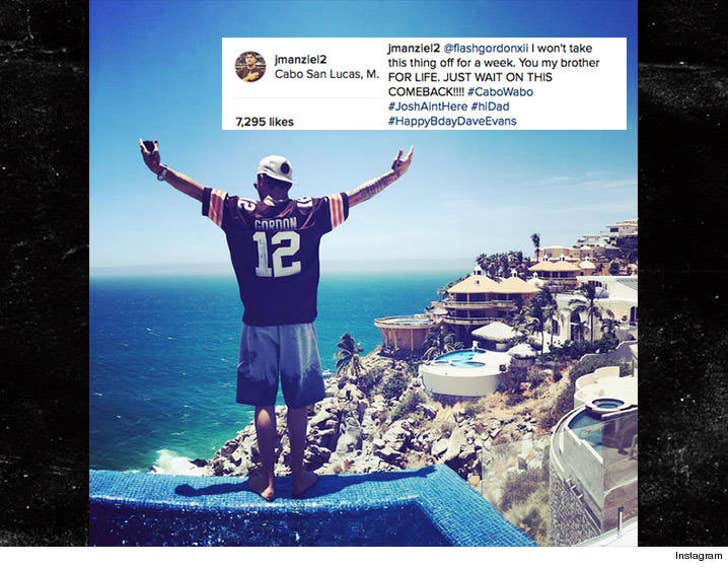 Johnny Manziel is thumbing his nose at his father's death warning -- telling his dad he ain't gonna stop partying ... just days after Paul Manziel called him a "druggie" whose life is in danger.

Johnny touched down in Mexico earlier Tuesday -- wearing Josh Gordon's #12 Cleveland Browns jersey -- and posted a photo from Cabo addressing the people who criticized the QB for wearing the jersey of the team that cut him. He also snuck in a parting shot at his father.

The "Hi Dad" part is clearly a reference to the statement Paul Manziel gave to ESPN a few days ago -- in which he said, "I don’t know what to say other than my son is a druggie and he needs help. He just hasn’t seeked it yet. Hopefully he doesn’t die before he comes to his senses."

"I hate to say it but I hope he goes to jail. I mean, that would be the best place for him. So we’ll see."

Johnny also says he's focused on a comeback. From what we're hearing from our NFL sources, the chances of a team taking a chance on him are zero to none. 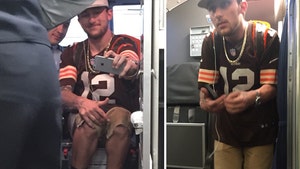 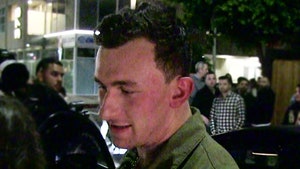