A friend and the Motley Crue drummer were hanging in Malibu over the weekend when the friend asked if he could switch motorcycles and ride Tommy's ... which was much bigger.

It was a lifesaving stroke of luck, because minutes later a car rear-ended the chopper, partially crunching it, and the cycle the guy should have been riding would have been utterly destroyed. 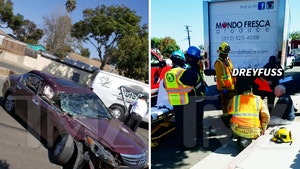 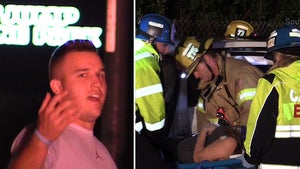