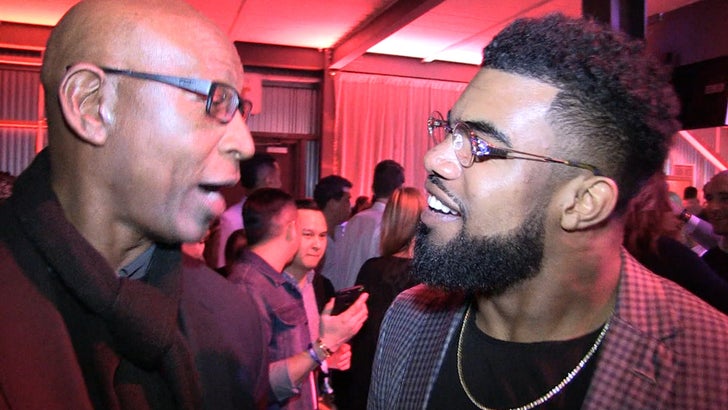 Brutal honesty from Eric Dickerson to Ezekiel Elliott Thursday night -- with the Hall of Famer telling the Cowboys star he's GLAD he didn't break one of his rushing records and he hopes he NEVER does!

The two superstars came face-to-face at the Madden Party in Houston -- when we brought up the fact that Zeke came just 178 yards shy of breaking E.D.'s single season rookie rushing record.

Dickerson LOVED IT ... and said bluntly, "No one wants their records broken!"

Zeke told the legend he's coming for his 2,105 all-time single season record ... Dickerson's rooting against that too!! 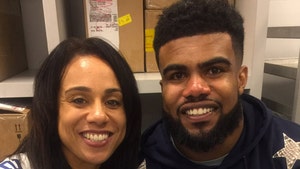 Ezekiel Elliott Pumped About Cowboys Future at Dinner with Dak 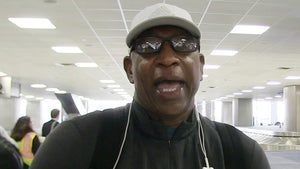