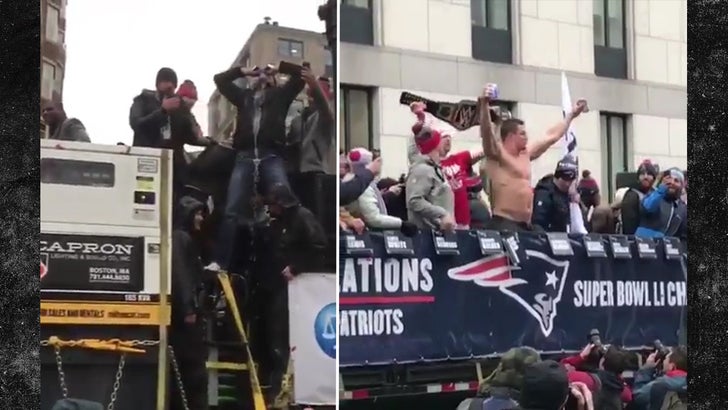 It's 36 DEGREES in Boston right now ... and Rob Gronkowski has stripped off his shirt and is DOUBLE POUNDING BEERS at the Patriots Super Bowl parade.

Gronk is in full party mode -- spiking beer cans, dancing on the team bus ... and, of course, BOOZING his face off!

It's kinda the same thing Gronk did during the last Patriots Super Bowl parade ... yet, somehow, it never gets old. 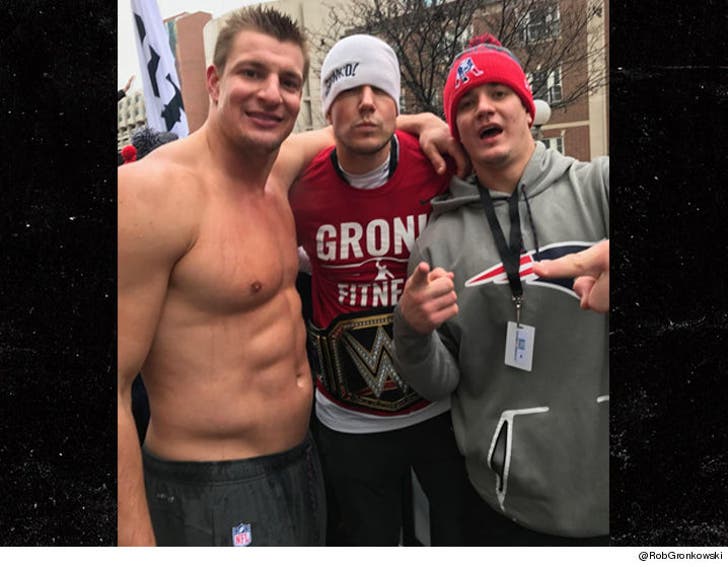 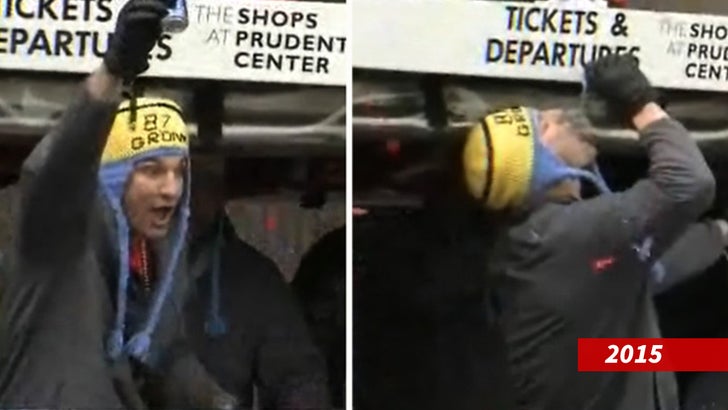 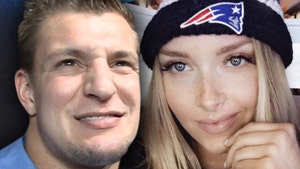 Rob Gronkowski Is NOT Dating Ex-Pats Cheerleader ... Get Over It! (PHOTOS) 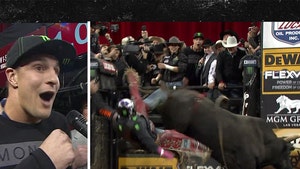