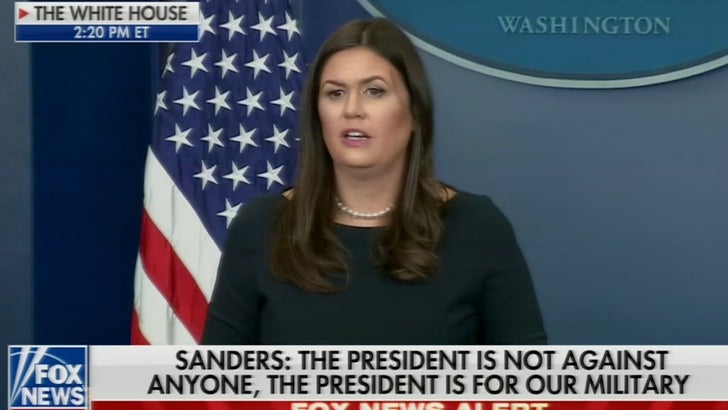 Donald Trump was defending the honor of the American flag when he called for NFL owners to fire any "son of a bitch" who doesn't stand during the national anthem ... this according to the White House press secretary.

Sarah Huckabee Sanders just fired back at reporters during a White House press briefing -- where she was asked if Trump's 'S.O.B.' comments crossed the line.

"It's always appropriate for the president of this country to promote our flag," Sanders said.