Stevie Wonder ﻿is telling TMZ Sports exactly what the national anthem protests mean to him ... and why taking a knee does NOT disrespect the flag.

We asked Stevie about the NFL movement sweeping the country ... and he told us that it's a fight for respect and unity -- two things Donald Trump wasn't preachin' when he told NFL owners to fire their "SOB" players.

"People want to be respected ... the constitution's about everyone being respected," Stevie said.

"It's about stopping all this ... putting one group against the other group."

As for criticism that kneeling ain't patriotic -- "People have died for the flag -- everyone, every culture, every ethnicity -- so it's not about not valuing the flag."

FYI, the legendary singer joined the protest last weekend ... dropping to his knees in back-to-back concerts. 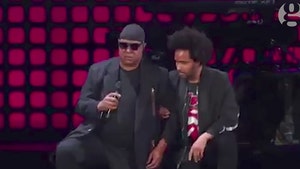 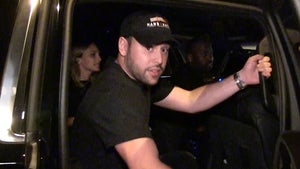