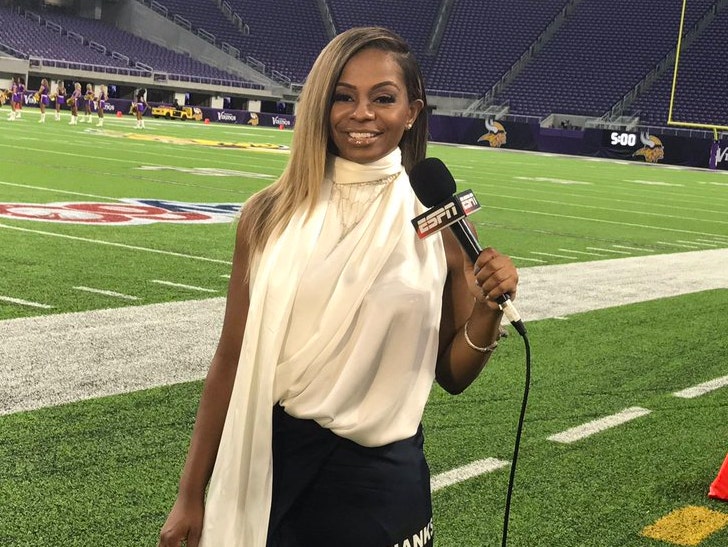 One of Jemele Hill's ESPN colleagues says she's sick and tired of Donald Trump's attacks on the "SportsCenter" host ... and is publicly calling for POTUS to back off.

Josina Anderson -- an NFL sideline reporter/insider -- tweeted, "Stop attacking our colleague Jemele Hill, any other journalists or media entities. We are doing our work."

Trump had previously tweeted that Hill was responsible for "tanking" ratings on the sports network -- this after she was hit with a 2-week suspension for comments about Jerry Jones.

Josina and Jemele are pretty tight off the air -- and it's clear Josina is upset with how things are going down.

FYI, Lindsay Czarniak‏ -- who also works at ESPN -- voiced her feelings about Hill's suspension on Monday saying, "The suspension of my friend @jemelehill is sad and disappointing on a number of levels." 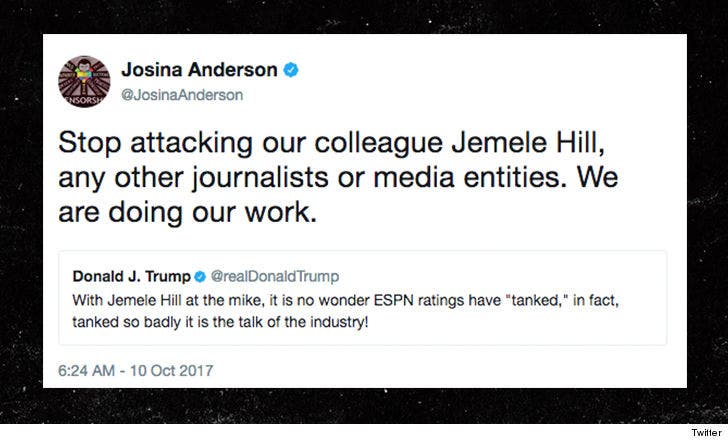 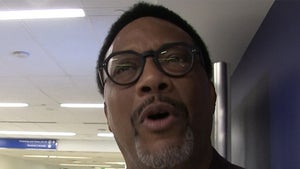 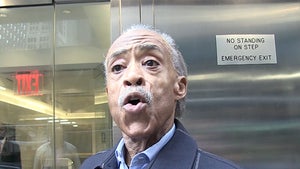 Al Sharpton Furious Over Jemele Hill Suspension, 'We Won't Stand for This'