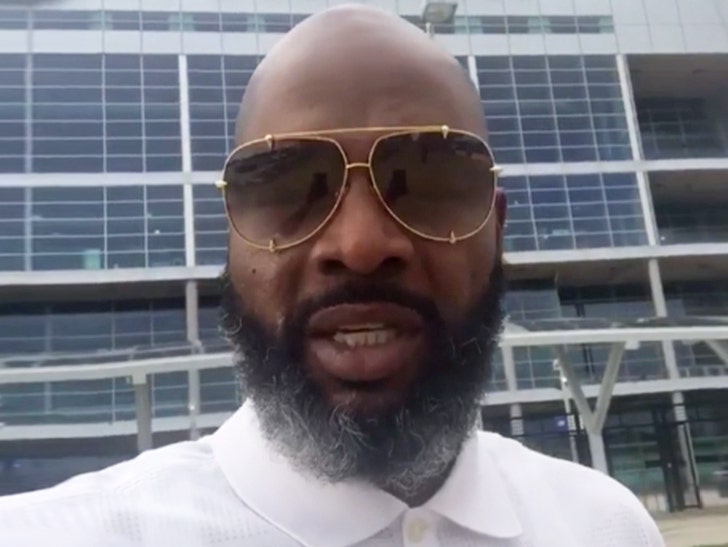 Bizarre twist in the Odell Beckham Sr. arrest -- cops say the NFL star's father was packin' heat and had weed and a scale in his truck when he was arrested.

The makings of a drug deal? Not exactly. He was NOT charged with intent to distribute ... but it doesn't look good.

According to the arrest report obtained by TMZ Sports ... cops pulled Odell's father over after smelling a cloud of marijuana when his truck drove past an officer at a stop sign.

When the officer approached, Odell had a burned out joint in the car and weed in a jar. Cops say they also found a loaded Ruger 9mm pistol with 16 bullets in the clip and 1 in the chamber.

Odell insisted the weed (1.524 ounces) was only for personal use -- he told the cops he thought it was legal to have it in his possession. No explanation for the gun.

He was eventually charged with possession of less than 2 ounces of weed and unlawful carrying of a weapon.