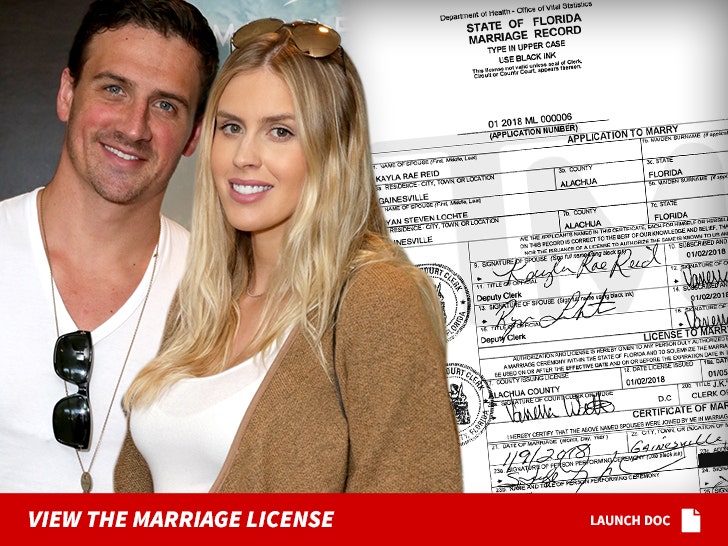 Ryan Lochte's officially touched the wall ... of matrimony -- he and Kayla Rae Reid just got hitched.

According to the marriage license, obtained by TMZ, Ryan and Kayla had a courthouse wedding Tuesday in Gainesville, Florida. Ryan's dad, Steven, was a witness to the ceremony.

We broke the story ... the 6-time Gold medalist picked up his marriage paperwork last week and we were told "marriage is imminent." Turns out, it was very imminent.

The couple got engaged in October 2016 on top of a mountain and had their first child together -- their son, Caiden -- in June. 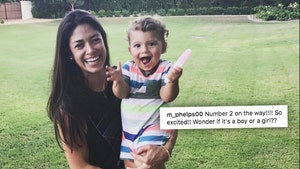 Michael Phelps: I Knocked Up My Wife Again! 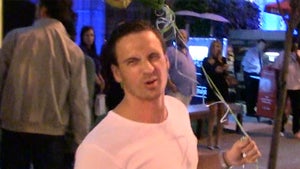 Ryan Lochte Says His Son's Gonna Be an Olympian Too!!