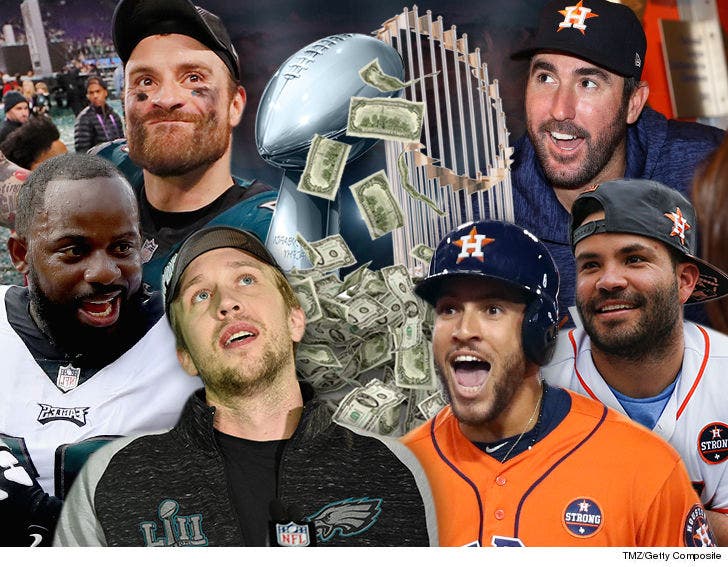 Good news for the Philadelphia Eagles ... they're getting FAT ASS league-issued playoff bonus checks for winning the Super Bowl.

Bad news ... it's WAYYY less than what the Houston Astros got for winning the World Series.

Here's the math ... each Eagles player gets $28k for the Divisional round game, $51k for the NFC Championship and $112k for winning the Super Bowl.

Not a bad haul (in addition to whatever playoff bonuses individual players have in their contracts with the team).

So, how does it stack up to playoff bonuses in other sports?

The Houston Astros got $438k per player in league-issued bonus money after their 2017 playoff run.

Obviously, MLB teams have less players on the roster to play -- but let's take a look at the ratings.

The World Series averaged 18.9 million viewers per game -- but it went SEVEN GAMES!

And don't forget, before the WS the Astros played a 7-game ALCS with the Yankees. Game 7 reportedly drew 9.9 million viewers.

As for the NFL, the players agreed to the bonus structure in the collective bargaining agreement -- and the bonus goes up every year.

So is anyone gonna complain? Probably not. Enjoy the paycheck that most people don't make in a year! 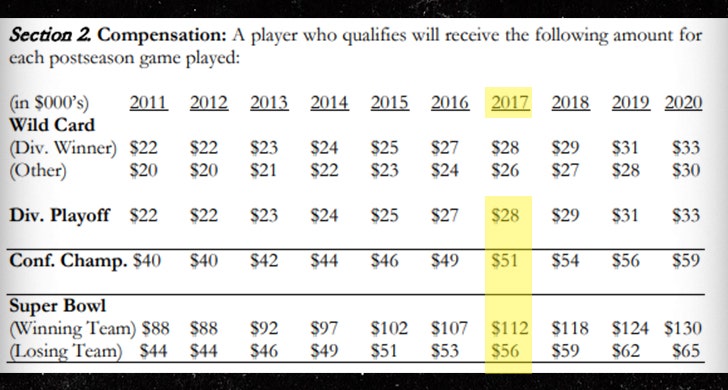 But don't feel bad for the Pats -- they still get to rake in a nice $56K for making it to the Big Game ... making their total postseason bonus at $135K. 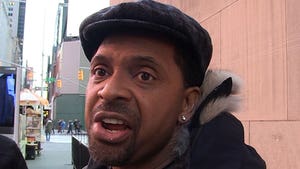 Mike Epps to Eagles: Boycott the White House! Here's Why ... 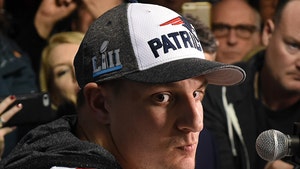 Rob Gronkowski's Home Burglarized While Gronk Was At Super Bowl