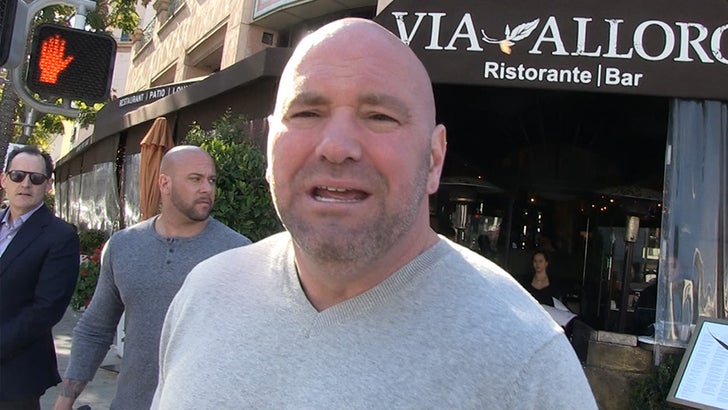 Nate Diaz ain't even close to a UFC comeback -- so says Dana White, who tells TMZ Sports it's clear to him that Nate "doesn't wanna fight."

Dana's so sure ... he says it's MORE likely we see Conor McGregor vs. Floyd Mayweather inside the Octagon than a trilogy fight between Conor and Nate!!

"We've been hitting him up since the last time he fought [UFC 202], offering him fights, and he's not interested in fighting," White told us earlier this week.

One guy who Dana says IS interested in throwing down right now -- Nate's older brother, Nick Diaz, who hasn't fought in over 3 years!!!

There's more -- Dana confirmed who Tyron Woodley's next title challenger is gonna be (and if ya haven't already guessed ... it ain't Nate).