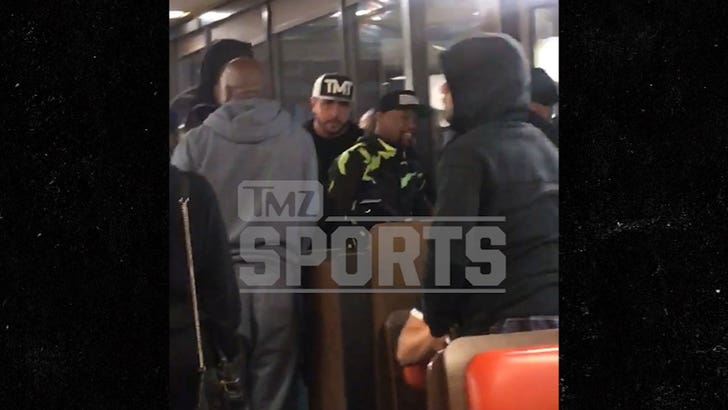 Floyd Mayweather had a heavy security presence at a Waffle House in Atlanta hours before someone opened fire on his entourage ... and TMZ Sports has the video.

Witnesses tell us ... Floyd hit up the Waffle House around 10 PM on Sunday -- before hosting a party at a nearby nightclub. It was on his way back from the club when someone ambushed Floyd's 3-car caravan and opened fire, striking one of his bodyguards.

But it was all gravy at the Waffle House -- with Floyd turning up at the jukebox inside the restaurant while his security team kept an eye out for danger.

Cops are still looking for the shooter and a motive as to why someone would want to attack Floyd's crew.

From what we're told ... there was no single incident at the Waffle House or the nightclub that would have led to the shooting. 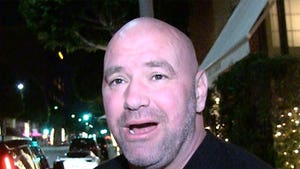 Dana White on Mayweather vs. McGregor UFC Fight: 'I Know Conor Wants It'