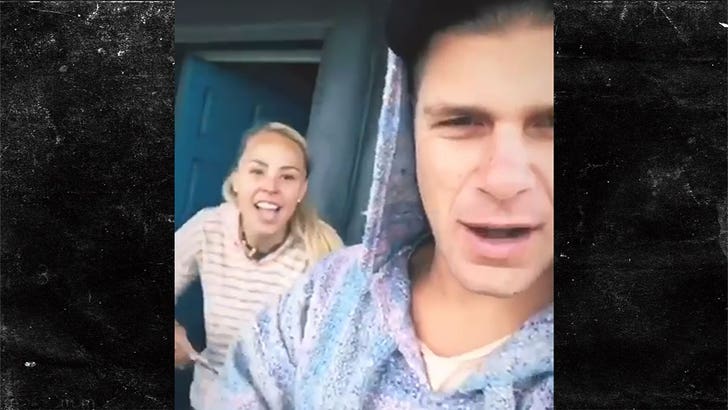 The 'Survivor' contestant who broke her NDA by allowing herself to be featured in a photo with her castmate isn't out of the woods yet ... 'cause there's more evidence of wrongdoing.

TMZ has learned that Kara Kay had been filmed in multiple videos taken by fellow 'Survivor' contender Alec Merlino in the days leading up to their now-infamous photo ... as well as in clips after it went up. She's seen hamming it up for the camera in all of them.

The videos make it clear -- Kara knew she was being recorded by Alec for his Instagram stories ... despite their $5 mil NDAs saying they were strictly forbidden from associating on social media. The pair apparently had a "F*** it" attitude ... just like the caption.

As we reported ... Alec is the only one punished for now. Producers are withholding his appearance fee of $10k and disinviting him to the finale taping.

It looks like punishment for Kara is in the works. True, she wasn't the one who posted the photo, but sources close to the production tell us the various videos she shot are ample evidence she broke confidentiality.