Nikki Bella returned to the set of "Total Divas" this week -- killin' it in a bright blue bikini ... and thank God, there are pics!

Nikki joined up with other WWE superstars including Paige, Lana and Nia Jax -- each looking insanely good in their bikinis.

The entire gang is in Miami for the show -- which just got renewed for 2 more seasons.

Bella's storyline this season should be the most interesting ... considering she broke off her engagement with John Cena, who's been publicly begging for her to take him back.

As we previously reported, the two are definitely still talking and it looks like Cena is making some headway ... but right now, they're still officially broken up.

At least, that's what they want us to believe ... 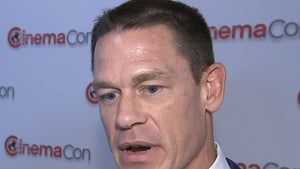