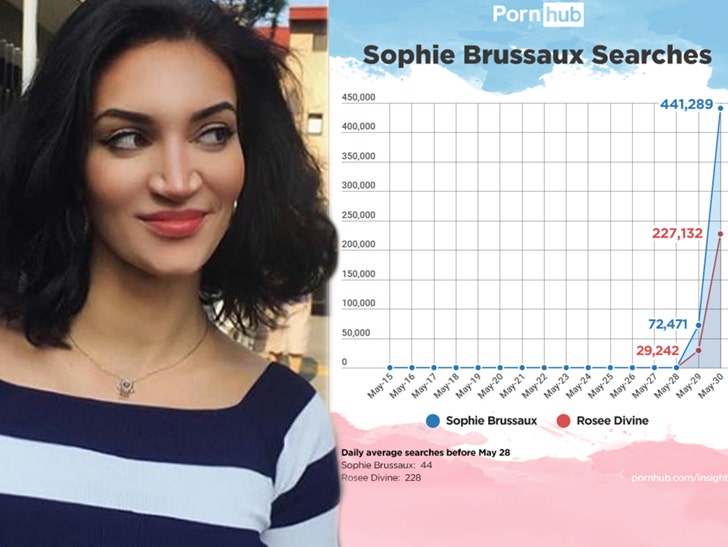 But, once "The Story of Adidon" dropped and people began making the connection to Drake, searches for her name soared. In a little over 24 hours ... "Sophie Brussaux" had 513,760 searches and "Rosee Divine" was searched 256,374 times.

We're no mathematicians ... but that's like, a HUGE percentage increase.

As we told you, Sophie's dabbled in reality TV, but she might consider more, umm ... adult entertainment, based on these numbers.