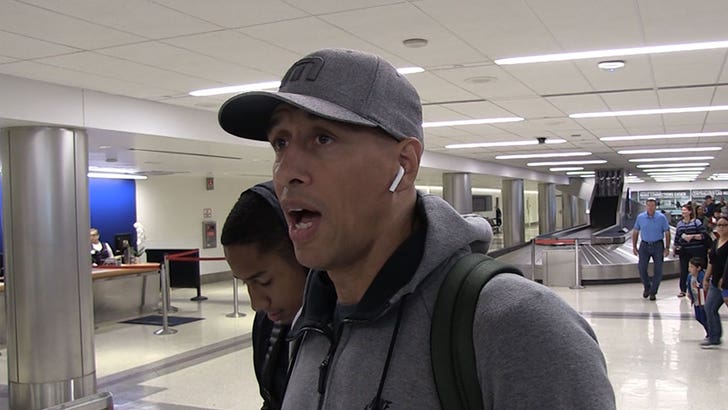 Doug Christie -- one of the players on Dennis Rodman's '14 basketball trip to North Korea -- says there's NO WAY he'd return ... unless LeBron James was involved.

Christie -- along with Kenny Anderson, Vin Baker and other ex-NBA stars -- famously traveled to Pyongyang to play an exhibition game for Kim Jong-un. They called it "basketball diplomacy."

But, Christie tells us the trip wasn't exactly peaches and cream -- saying, "I kissed the ground when I got back."

Doug tells TMZ Sports he does believe the trip helped lay the groundwork for Donald Trump to meet with Kim Jong-un, which he believes is a positive thing ... and he's praising Rodman for his role.

"I love Dennis. He's a good dude. He has a really good heart."