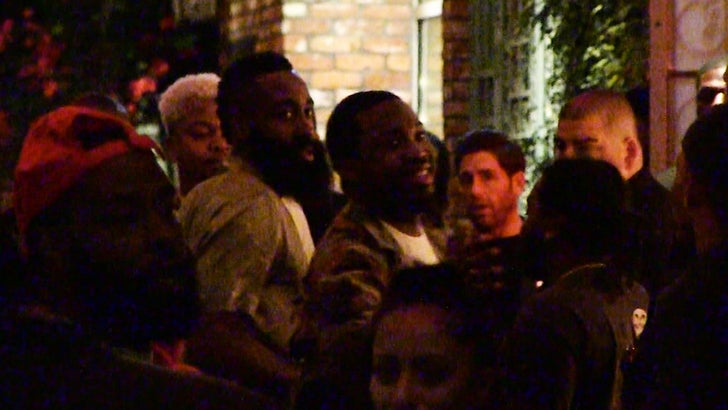 James Harden celebrated like a boss after winning league MVP at the NBA awards in L.A. on Monday -- hanging out with Meek Mill ... and TMZ Sports has the video.

The Houston Rockets star hit up Avenue nightclub where everyone wanted to rub elbows with HIM -- including Meek.

Of course, the catch is that Meek is still on probation stemming from his old drugs and guns case (pending a decision about getting a new trial) and can't travel outside of Pennsylvania without alerting his probation officer.

Under the terms of his probation, Meek IS allowed to leave the state for work purposes -- and, since he performed at the BET Awards in L.A. on Sunday night, we're guessing it was easy approval process.

Meek is a huge Philadelphia 76ers fan -- especially since he's tight with the owner who essentially sprung him from prison -- but there's no harm in hanging with the MVP, right? 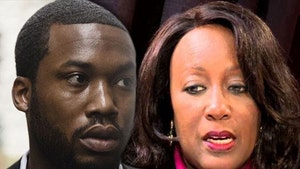 Meek Mill's Lawyer and Judge Brinkley Get into Heated Exchange 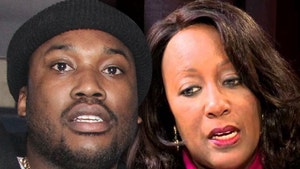