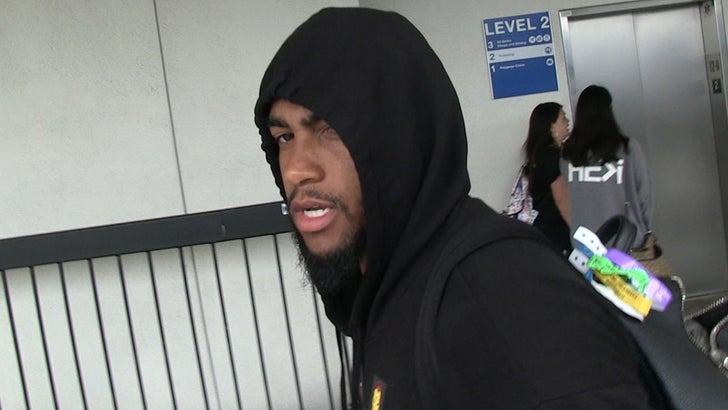 DeSean Jackson is sticking by his quarterback -- telling TMZ Sports he won't turn his back on Jameis Winston in the wake of his suspension for a 2016 Uber incident.

"You can't turn your back on someone when they going through something," the Tampa Bay Bucs wide receiver told us at LAX.

Jackson acknowledged it's a "tough situation" -- but said when it comes to Jameis, "He's a good dude and a good teammate."

As we previously reported, the NFL has suspended Winston for 3 games for touching an Uber driver in a "sexual manner" during a 2016 ride. In other words, sexual assault.

Winston apologized for the incident -- but sources close to Jameis have told us the QB is privately telling friends he did NOT grab the driver's crotch.

Jackson says he believes Jameis will bounce back after his suspension, saying -- "He's a champ, he done been through a lot in his career."

Jackson also says he's excited to get back to work with Winston -- and hopes the Bucs organization sticks with the QB, too.