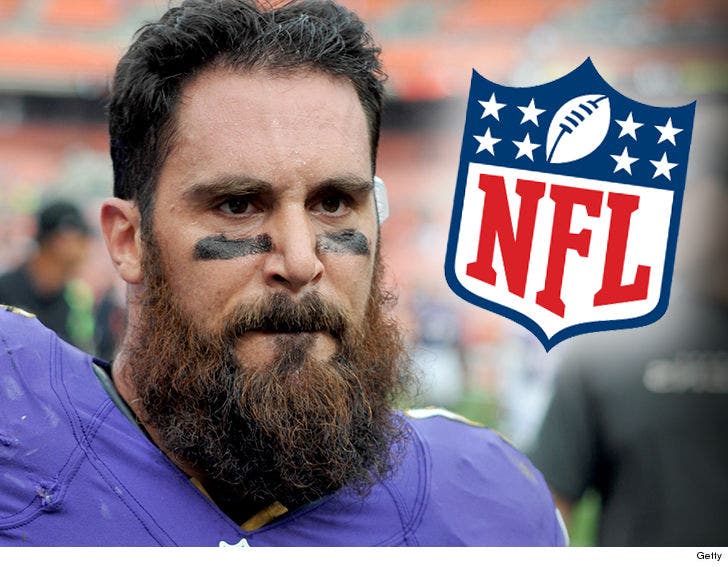 "It’s hard to fathom arguing with your [significant other], never touching her and that gets you a suspension like this," Weddle told the Baltimore Sun.

Smith was punished by the league after an investigation showed he used "threatening and emotionally abusive behavior" directed at his ex-girlfriend. Smith claims he never touched her.

Weddle and Smith are friends -- and Weddle says he knows there was "never a physical confrontation."

"I know details of it that I can’t get into, so I just feel bad for him. And it’s hard for a guy put into that spot, where he can’t really stand up for himself and tell the truth. Because if he does, it’ll be a lot worse in the grand scheme of things.”

Weddle claims the league is overreacting because they're afraid of another Ray Rice situation -- where a TMZ Sports video later shows the incident was MUCH worse than what was initially reported.

"Everybody goes back to Ray Rice and the video coming out, and they don’t want that to happen," Weddle said ... "I know for sure that was obviously on their mind."

Weddle says the most frustrating part to this is that other guys in the league are "getting DUIs or physically abusing other people, and they never get near this [penalty]."

FYI ... other NFL suspensions this summer included Jameis Winston ﻿getting hit with a three-game ban for allegedly groping an Uber driver. Jacksonville's Roy Miller was barred six games for an alleged domestic violence incident. And, Philadelphia's Nigel Bradham got one game for allegedly socking a hotel worker. 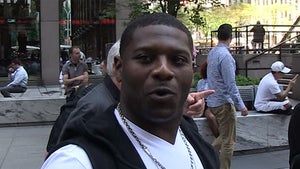 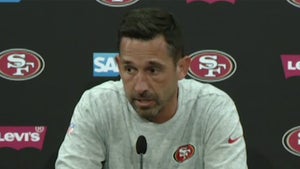