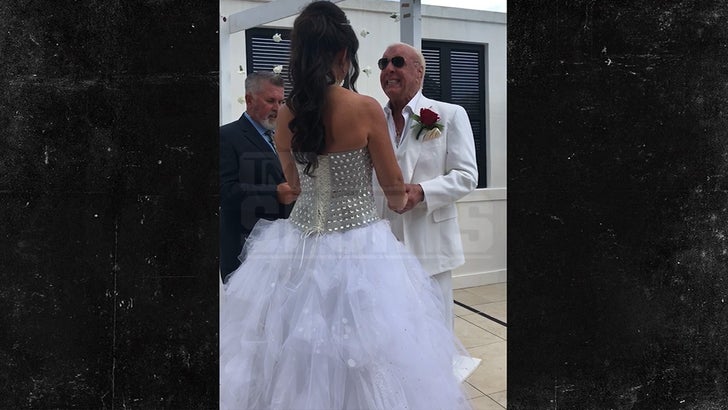 TMZ Sports has learned the wrestling legend tied the knot with longtime fiancee Wendy Barlow on Wednesday at a dope resort in Rosemary Beach, Florida. 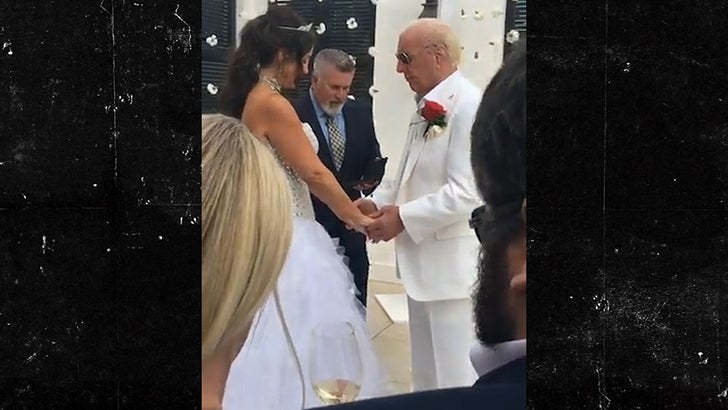 We're told it was a low-key deal ... but The Undertaker, Charlotte Flair and Dennis Rodman were there and, for some reason, Dolph Ziggler walked Wendy down the aisle.

The wedding is Ric's fifth -- but he and Barlow have been dating for over six years ... and have known each other since she worked as Fifi the Maid in Flair's WCW days.

Flair credits Barlow with sticking by his side -- and helping save his life -- after nearly dying last August.

Remember, Flair was hospitalized for several weeks after his intestine ruptured ... and had to be placed in a medically induced coma for 11 days. He was in critical condition and on the verge of dying.

A year later ... Flair strolled down the aisle to Migos' "Ric Flair Drip" ... and, in case you were wondering ... we're told The Nature Boy DID rock a custom suit. 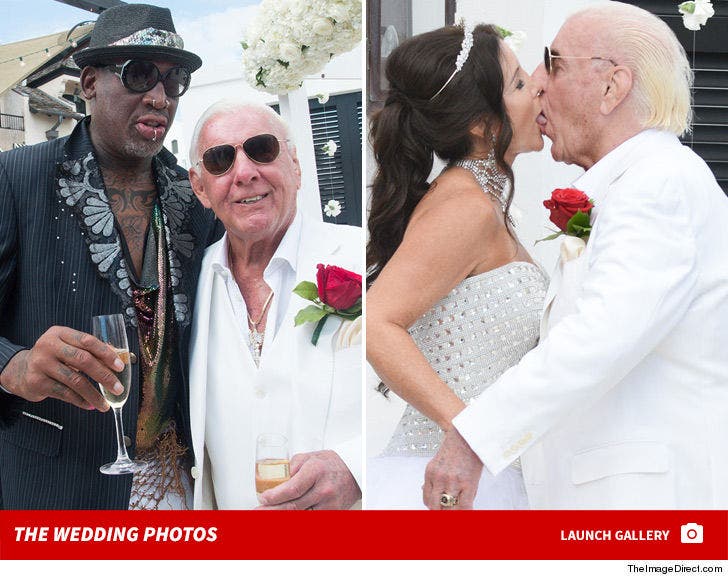 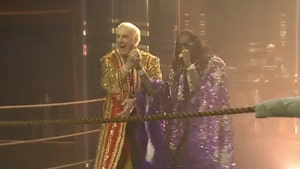 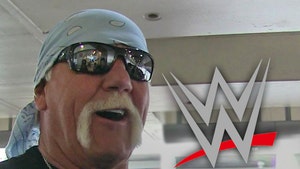