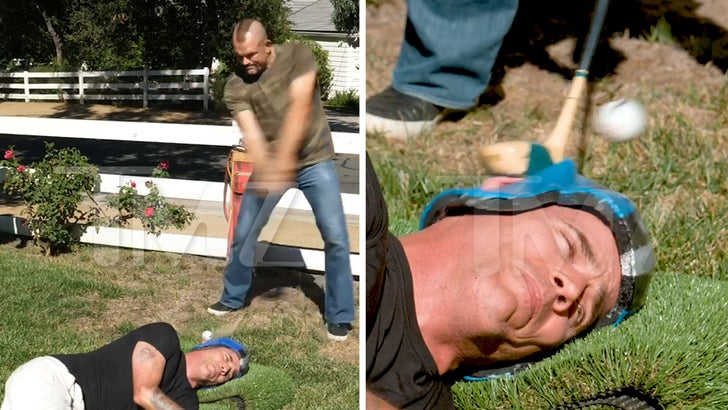 America’s favorite jackass is back at it again … we’re getting the first look at how Steve-O is prepping for his new stunt tour … and it’s a miracle he has any brain cells left!!!

Steve-O is teaming up with Chuck Liddell to psych himself up for his upcoming Bucket List Tour ... and you gotta see what the "Jackass" star came up with!!!

Steve-O crams his dome into a makeshift helmet and uses his ear to tee up a golf ball as the MMA legend busts out a driver and takes a monster rip. That’s got to hurt -- fore sure!!!

Lucky for you, Steve-O suffered a better fate than the golf ball ... and he's starting his live multimedia tour this weekend.

Steve-O tells TMZ ... the tour includes explicit footage of him ejaculating as he falls out of an airplane, riding a bike under general anesthesia, a vasectomy world record and the stunt that left 15 percent of his body covered in 3rd degree burns!!!

Thanks, Chuck, for letting Steve-O live to tell his tales. 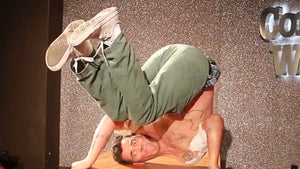 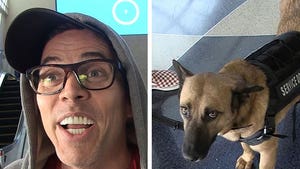 Steve-O Is Getting a Vasectomy