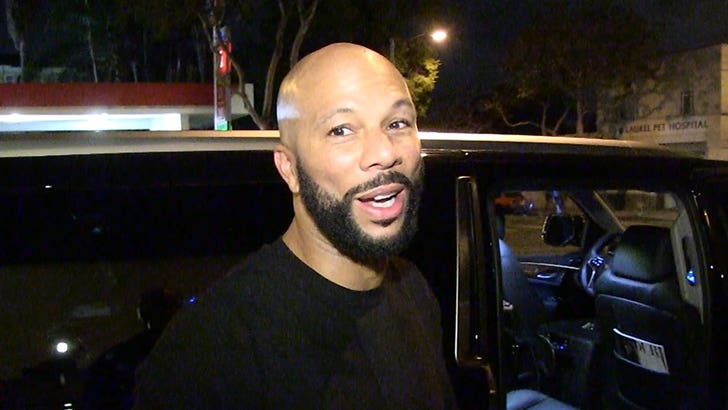 Tiger Woods has had A LOT of drama over the years ... but Common says he's incredibly proud of the guy for fighting through it all and finally WINNING again!

"Tiger, we happy for that brother," Common told us outside Delilah in L.A.

"It's something when you go through some stuff and we all recognize that and honor that."

In fact, the hip-hop legend seems to think Woods will have even more success in the future -- and says everything he's been through (a whole Hooters, basically) will make him stronger.

The links wasn't the only place Tiger won. He shook hands with Big Boi from Outkast and shocked the entire Internet -- watch below and you'll be amazed too.

Never, ever underestimate the power of OutKast. Look what it did for Tiger this weekend. pic.twitter.com/c6XQmKJFeA