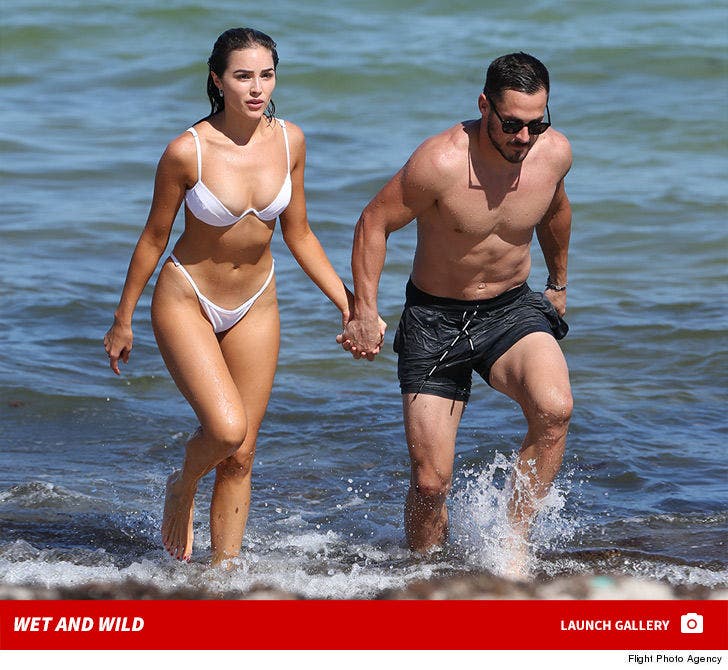 Amendola and Olivia Culpo -- Miss Universe 2012 -- hit the sand in South Beach on Tuesday armed with a pigskin and some very small bathing suits. 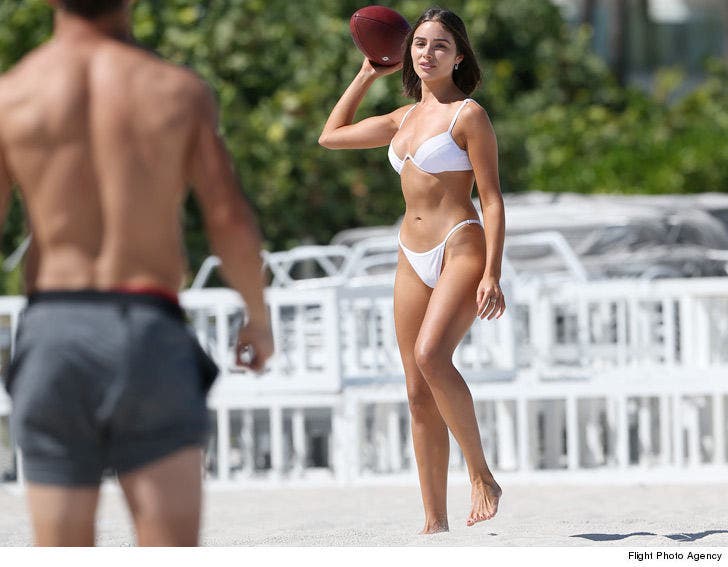 The two played some catch -- Olivia showed off her rocket arm -- and then they took things to the water ... where Danny gave his GF a piggyback ride around the ocean.

Danny played for the Patriots from 2013 to 2017 -- and won two Super Bowls during his run with Tom Brady and pals.

Amendola signed a 2-year, $12 million contract with the Dolphins during the off-season -- and now, the Fish are 3-0 and have a chance to really make a statement with a victory over New England.

The bad news for Danny ... the Dolphins are 7.5-point underdogs going into Sunday's game. 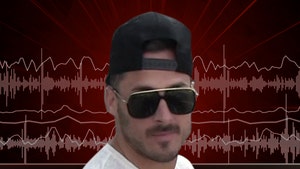 Danny Amendola Shades Bill Belichick, He Was Like A Principal 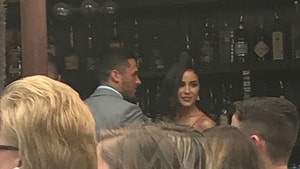 Olivia Culpo and Danny Amendola Back Together at Friend's Wedding