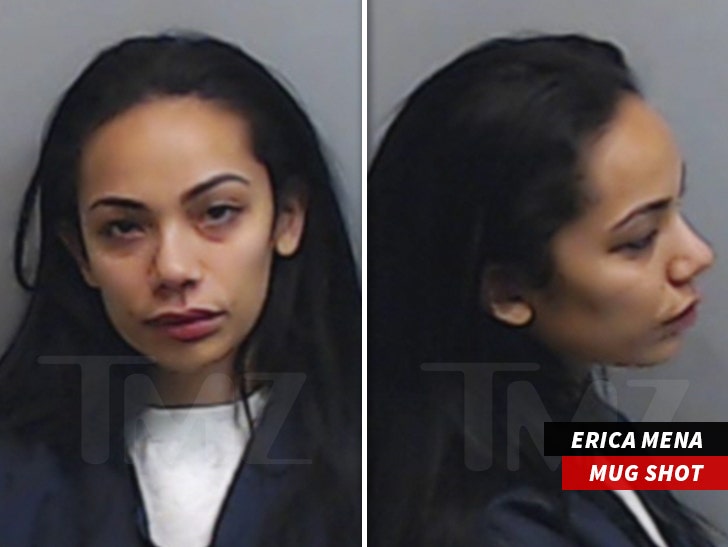 'Love & Hip Hop' star Erica Mena was arrested this past weekend for weed, which becomes an afterthought when you hear her boyfriend was also arrested after allegedly kicking in a door to get to her during an argument.

Erica and her BF, Clifford Dixon, were hauled off to jail Friday in Johns Creek, GA -- about 27 miles outside of Atlanta -- after someone called cops from their home to report an argument getting out of hand. Once cops arrived, they interviewed different people in the home and discovered Cliff and Erica had been fighting ... and that Cliff allegedly kicked through a bedroom door to a room in which Erica had locked herself.

According to the police report, obtained by TMZ, one of Erica and Cliff's roommates heard them fighting upstairs and apparently heard someone get slapped. Cops say they didn't see any visible marks on either person, but ended up busting Cliff when 2 different people reported he'd kicked through the door. He denied breaking it. 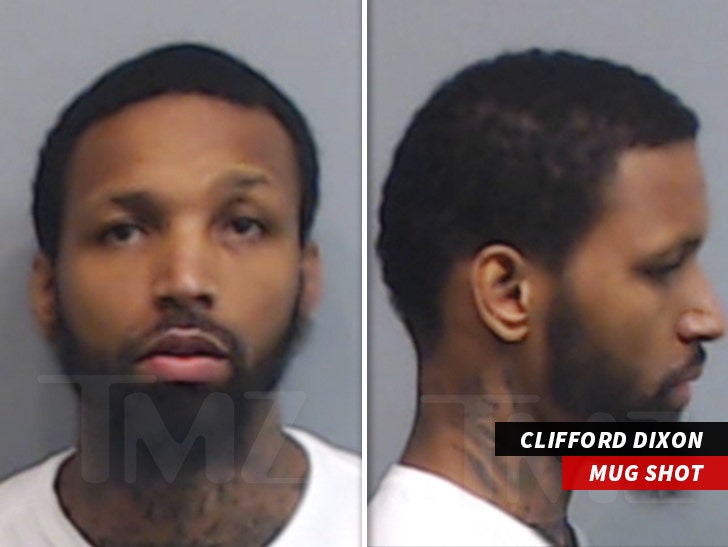 Cops say Erica admitted smoking weed and that she had some inside her home. Cops say they found baggies of weed and possible THC wax in her bedroom and her kitchen. 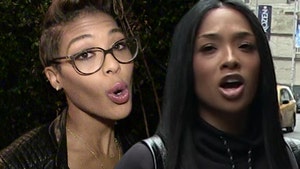