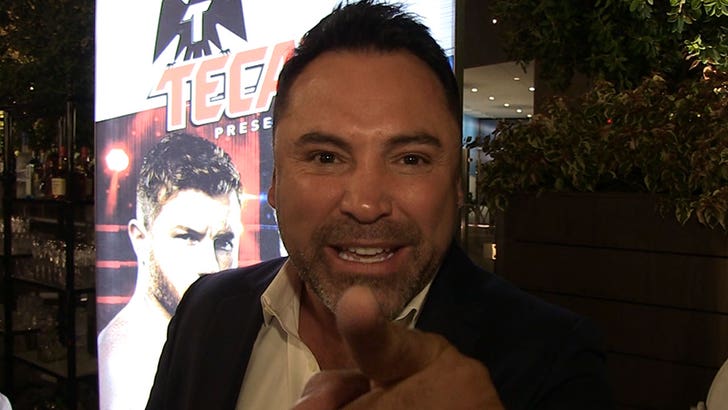 The head of Golden Boy Promotions was celebrating the record-breaking $365-MILLION contract he made for Canelo Alvarez ... when we asked about his rekindled beef with Floyd.

As we previously reported, Floyd dug up an old photo of Oscar on Thursday and blasted him on social media saying some pretty offensive stuff.

But, Oscar didn't seem too bothered at the Intercontinental hotel in L.A. Thursday night -- saying Floyd is simply trying to ruin Canelo's moment because he's a jealous, bitter man.

"How fair is it that Canelo announces this big monumental deal and then here you have Floyd crawling out of his little rock, trying to sabotage or trying to steal the thunder."

Oscar tells TMZ Sports ... he honestly believes Floyd has blown through his fortune and needs money in a bad way -- and he's trying to pick a fight with Canelo to goose him into making a deal.

Oscar says he'll happily make the deal -- because Canelo wants it -- but believes Floyd's too chicken to make it happen.

"Floyd, stay under your rock dude." 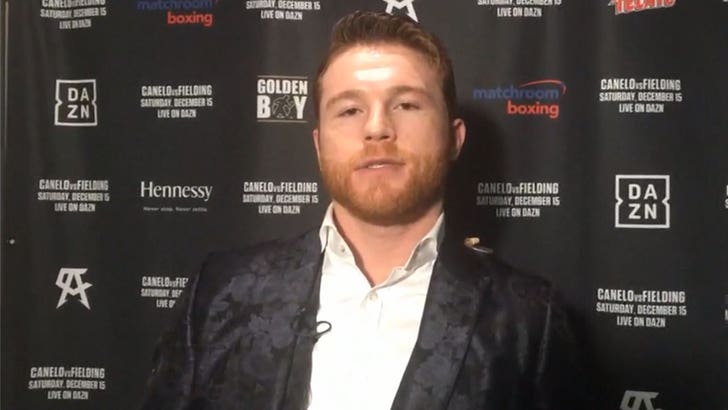 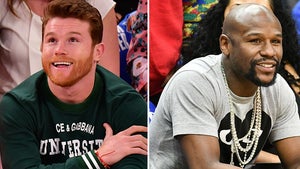 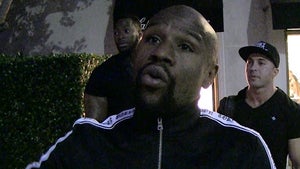