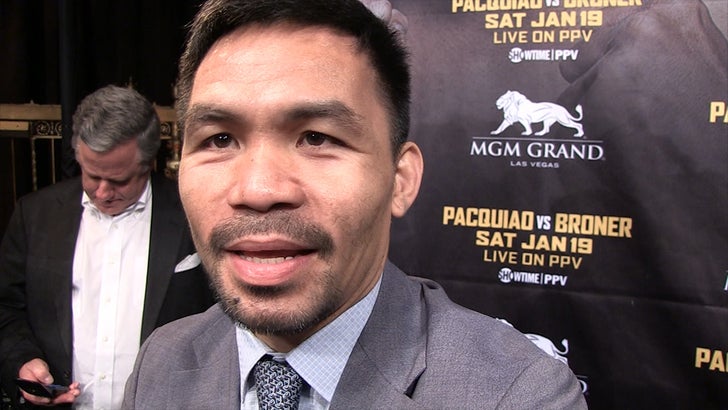 Manny Pacquiao says fans are still pissed off about the Floyd Mayweather fight leaving a bad taste in their mouths ... and there's only one way to fix it.

TMZ Sports spoke with Pac-Man about his plans after his big fight with Adrien Broner in January ... and Manny's calling out the retired boxing superstar to give the fans what they want.

Although it's been well over 3 years since their first fight in 2015 ... Manny says he's constantly getting asked about Mayweather's doings ... and wants to finally put it all to rest.

But, make no mistake ... Pacquiao says he's not gonna entertain the idea of transitioning into MMA like Floyd's been talking about ... he says it'll have to be in the ring. 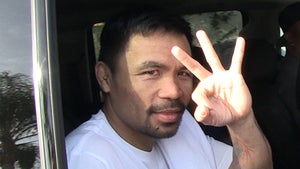