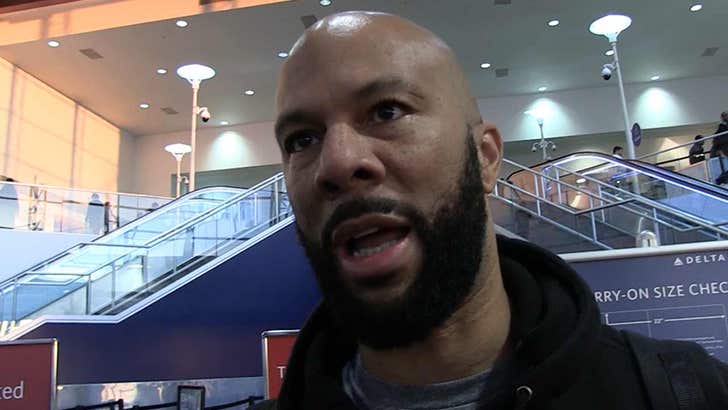 Common is copping to turning a blind eye to the allegations about R. Kelly abusing women ... saying he and the entire black community should have put a stop to it long ago.

We got the rapper/actor out Tuesday at LAX where he said he's guilty of not coming to the rescue of Kelly's alleged sex slaves. He also calls it a systemic failure when it comes to how society values black women and makes no bones about it -- if the alleged victims were white instead of black, there would have been more outrage.

Common -- who's from Chicago, just like Kelly -- is done giving him a pass. As you know, there's been a ton of backlash since the "Surviving R. Kelly" 6-part series -- Tank blasted Kelly and Daymond John explained why he thinks Kelly should kill himself.