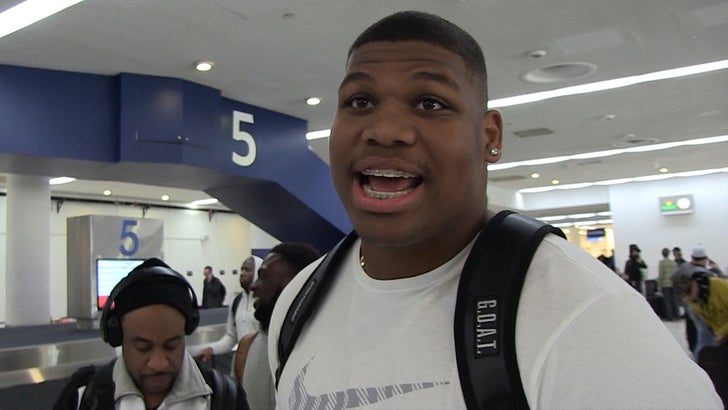 Quinnen Williams is about to make his grandma VERY happy ... 'cause the Alabama superstar says with his first NFL paycheck -- a gift for grams is on the way!!!

"I think I'm going to buy my grandma a car," the DT tells TMZ Sports.

Quinnen's projected to be the No. 2 overall pick in April's NFL Draft ... which means Grandma's getting a DOPE new whip -- 'cause his first contract is expected to be around $31 MILLION.

But ... Quinnen says a car might not be the only gift he gets for her when that signing bonus starts rolling in -- he says he's thinking of swaggin' her out with some ice too!!

"She don't really wear jewelry, so I'll buy her jewelry."

Seems Grandma Williams should be proud ... Quinnen says he's normally a tightwad with his cash -- but looks like G-ma is just that special.

We also asked Williams about his ex-teammate, Jalen Hurts, transferring from the Tide ... and Q tells us why he wishes the QB the best.

Quinnen also says Tide fans need to lay off Drake for his alleged National Championship curse -- saying it's actually one of his dreams to meet the rapper in person!! 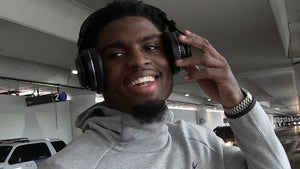 Laquon Treadwell Claps Back At Kirk Cousins' Haters, 'He A Baller'