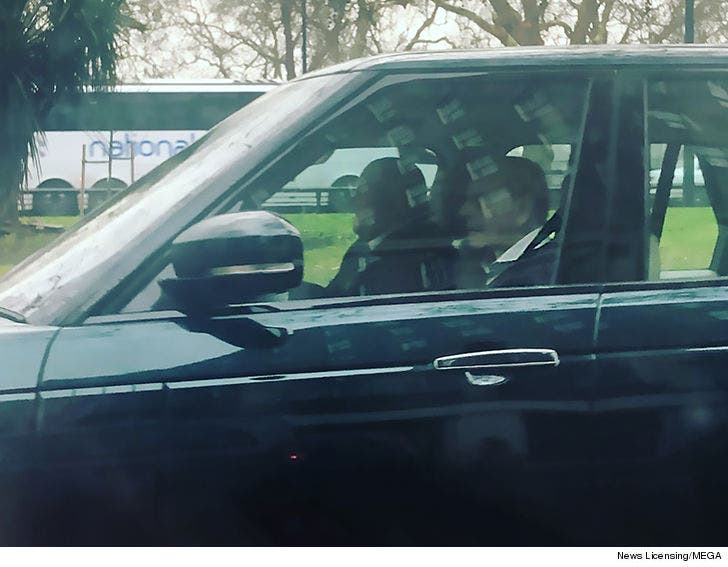 Prince Philip was being driven around town Saturday, and he finally buckled up ... and he also tried explaining away his car crash.

The Duke of Edinburgh was seen being driven through the Sandringham Estate in Norfolk. The Duke had attended a post-shoot lunch with HRH The Queen and guests. 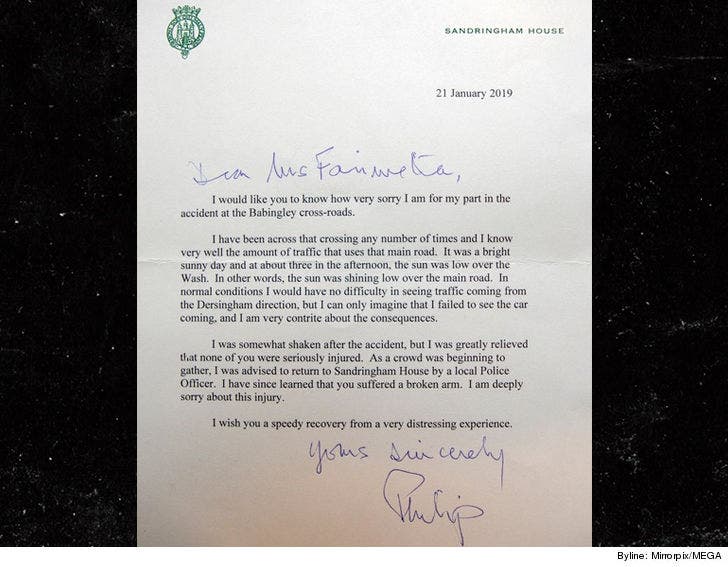 Philip also sent a letter to the woman who broke her wrist in the car accident earlier this month. Philip says in the letter he's sorry for the crash and blames it on blinding sun that obscured his view of the road. 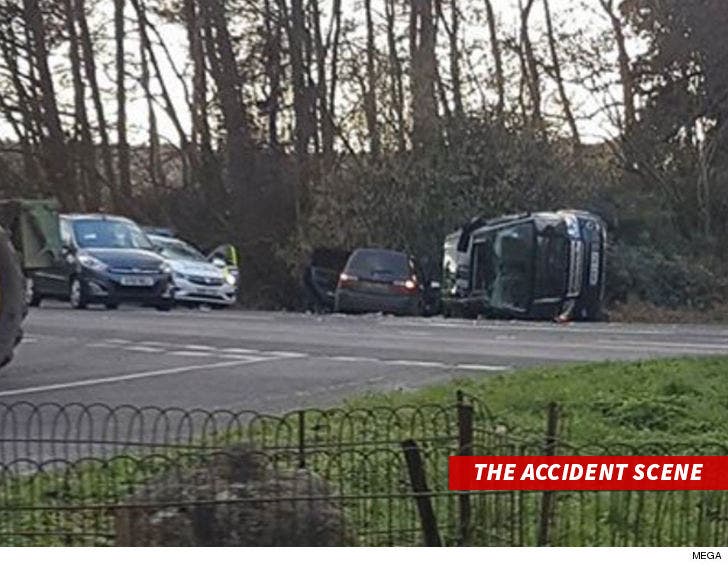 Philip makes it clear he's traveled that road many times without incident. The subtext seems to be he's still capable of driving safely, even at 97.

He also explains why he left the scene without tending to the injured woman. He says, "As a crowd was beginning to gather, I was advised to return to Sandringham House by a local Police Officer. I have since learned that you suffered a broken arm. I am deeply sorry about this injury." 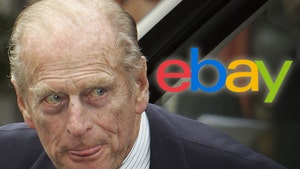 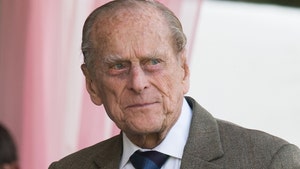