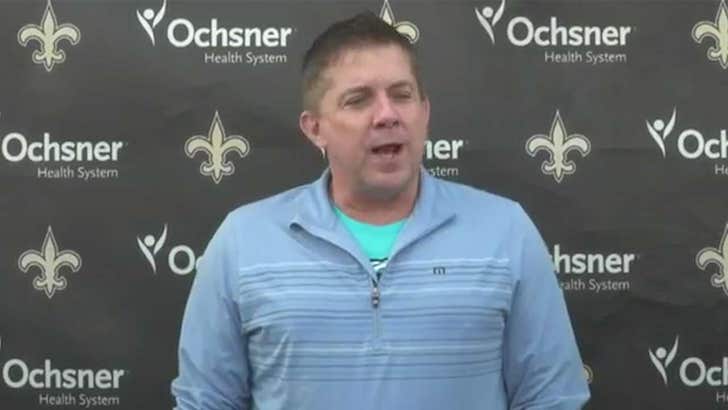 How'd Sean Payton handle losing a chance at the Super Bowl on the worst missed call in NFL history???

"I sat and probably didn't come out of my room. I ate Jeni's ice cream and watched Netflix for three straight days."

The New Orleans Saints coach met with media members for the first time since his team got robbed against the Rams in the NFC title game ... and he revealed it hurt.

"What is it now, a week and a half? It feels like it's been longer than that."

The game caused MAJOR strife in Louisiana ... with everyone from athletes to actors to even U.S. senators ripping the league for missing the 4th-quarter pass interference call.

To his credit ... Payton stood and fielded questions about the heartbreaking loss for nearly 20 minutes Wednesday -- and vowed his team would get over it.

But ... did Payton take a veiled shot at Roger Goodell during the presser??? Some say yes ... 'cause his undershirt DOES look a whole lot like Barstools Sports' infamous clown tee ... 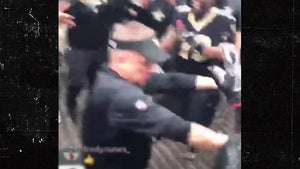 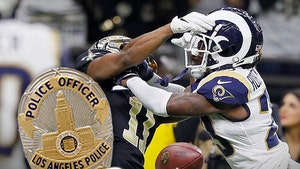