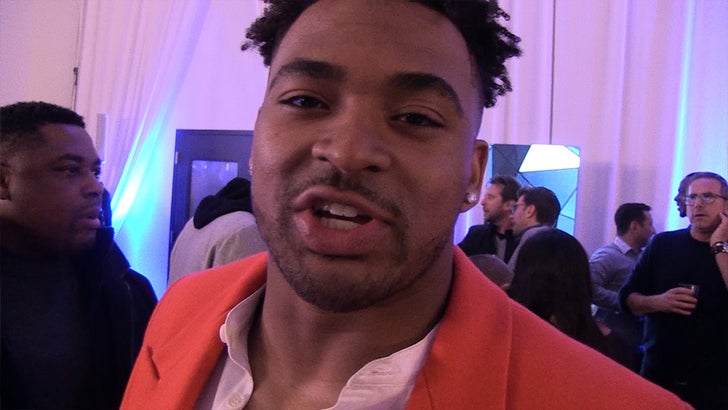 The problem ... the person in the costume was reportedly injured from the hit -- and is still dealing with soreness in his back, neck and jaw. Seems as if a lawsuit is imminent. 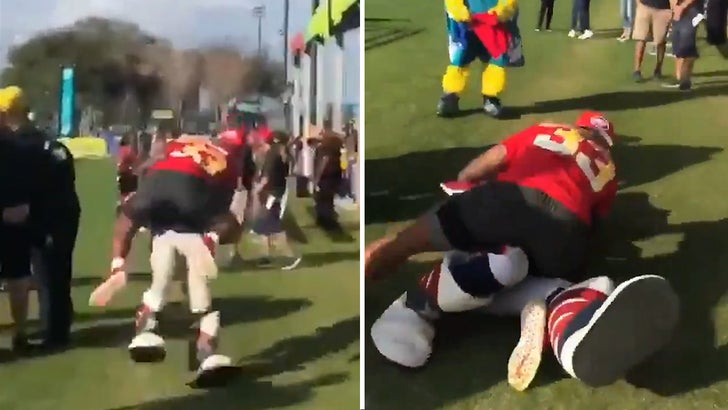 So, when we spoke with Jamal at the Merging Vets & Players Super Bowl kickoff party in Atlanta on Wednesday night ... we asked if he regretted the hit.

Adams says he has not reached out to the mascot because he's not really sure about the seriousness of Pats' injuries ... but it's obvious Jamal thinks the whole thing was in good fun and he's not worried about a legal battle.

There's more ... Adams also delivered a message to Le'Veon Bell about why he should sign with the NY Jets and explained why Gang Green has a BRIGHT future in 2019. 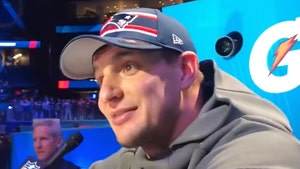 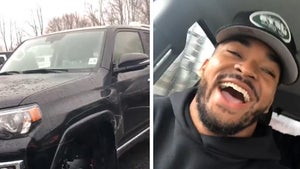