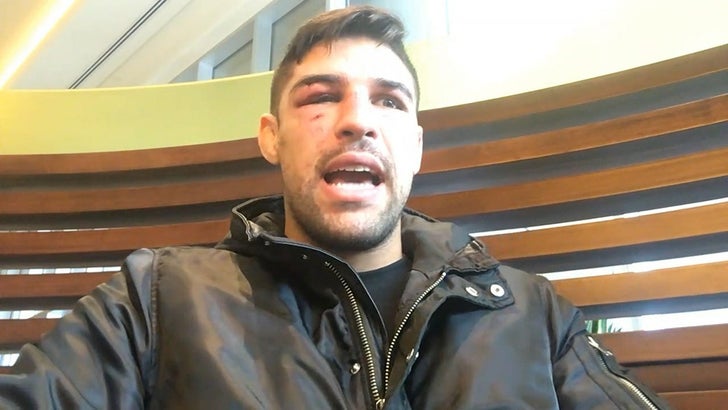 Normally, UFC fighter Vicente Luque wouldn't give two craps how his face looked after going to war in the Octagon -- but this time it's different, he's getting MARRIED next month!

Luque was the winner of that INSANE 3-round brawl with Bryan Barberena on "UFC on ESPN 1" on Sunday night ... a fight that was so violent, each guy won a $50,000 fight of the night bonus!

Luque tells TMZ Sports ... he was in A LOT of pain after getting home Sunday night and could barely fall asleep because his face hurt so much.

"I was in a lot of pain, man. So, I would sleep like 10 minutes on one side and then my face was hurting and I would move!"

The 27-year-old -- who born in New Jersey -- says his fiancee has been encouraging him to ice his face in the hopes that his bruising and swelling will go away by the time he's got to pose for wedding pics ... but we think the damage will make the pics look that much cooler!!!

"I'm not gonna have the best face for the wedding, but we're gonna have a good time."

Despite the damage, Luque says he had a BLAST during the fight and can't wait to get back in the Octagon again as soon as possible.

We asked if he'd be down for a rematch with Barberena -- but he told us he wants to get a shot at a Top 10 fighter first ... and then maybe a rematch down the line.

He's got a ton of respect for Barberena -- telling us no one has hit him as hard as that guy -- but his main focus is climbing the ranks and getting a title shot. 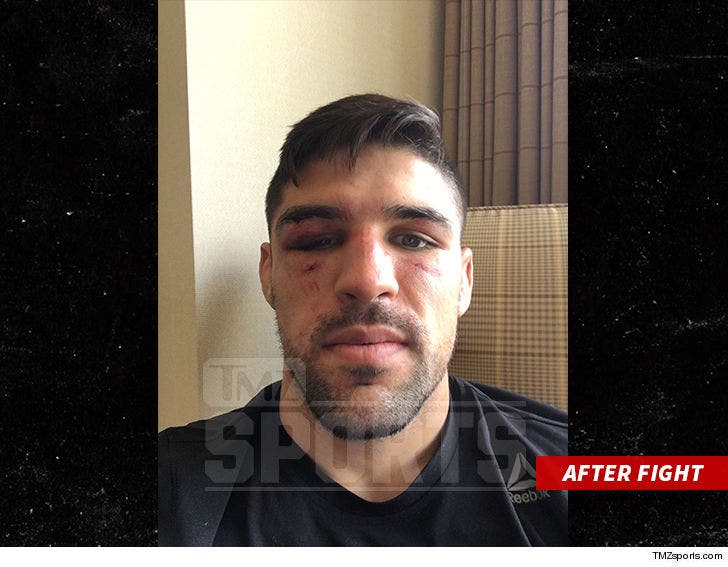 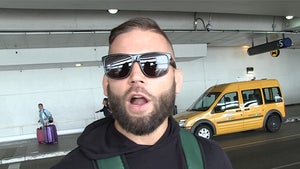 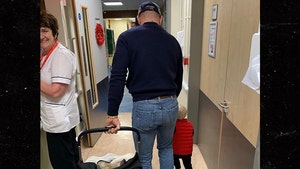