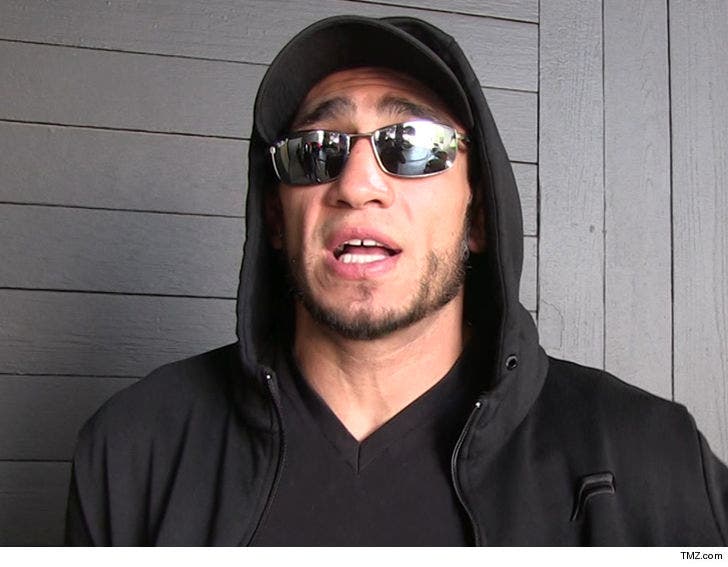 3/15 5:47 AM PT -- Tony's wife, Cristina, has issued a statement through her attorney ... essentially saying Tony did NOT physically abuse her, but she's clearly concerned about him.

"Tony Ferguson is a good husband and good father to our son. The current legal proceedings are part of a process to ensure that Tony will receive the help necessary to continue being the best possible husband and father, as well as to pursue his passion and career as a UFC champion fighter."

"All positive well wishes are sincerely appreciated and I hope our privacy will be respected."

The wife of UFC star Tony Ferguson has filed for a restraining order against the fighter -- after cops responded to their home on 5 separate occasions, this according to official records.

Cristina Ferguson, who has a 2-year-old son with Tony, filed the latest round of documents on Wednesday -- following several bizarre incidents with Tony, as first reported by MMAJunkie.com.

Police documents show ... cops were called to Ferguson's home in Santa Ana, CA on Feb. 19, after a woman told authorities Tony hadn't slept in 3 days and was "tearing apart the home."

The woman also told police Tony "believed someone placed a [computer] chip in his leg."

Another person at the home told cops Tony had said he believed "someone was inside his walls."

During an incident on Feb. 16, Tony's wife told cops Tony "kept throwing 'Holy Water' at her."

There are other similar incidents -- but records show Tony was never arrested or charged with a crime.

Tony's wife and others told police they had urged the fighter to see a doctor.

It is unclear what finally motivated Tony's wife to finally request a restraining order -- but it seems obvious she feels he is mentally ill and unstable.

The court docket lists Cristina's filing as a "domestic violence" case. He's due back in court next month.

We've reached out to Tony's rep for comment -- so far, no word back.

Tony, one of the best fighters in the UFC, had recently turned down a fight with Max Holloway and no one seemed to understand why ... but now it seems it may have to do with his drama at home. 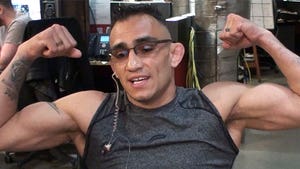