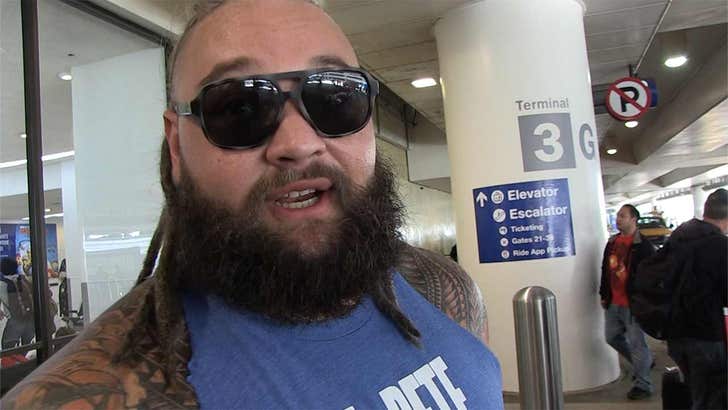 Not every WWE superstar is pissed about Gronk potentially joining the organization ... 'cause Bray Wyatt would welcome the newly retired NFLer with open arms!!

Becky Lynch just shaded the hell outta Rob Gronkowski earlier this week ... telling TMZ Sports it's bogus people like him or Ronda Rousey can just stroll into pro wrestling without having to work for their chance.

Wyatt ain't about that talk ... 'cause he says he LOVES the ex-Pats tight end ... and would jump on the opportunity to beat him up in the squared circle.

There's also some history between the two ... Wyatt says his dad was roommates with Gronk's dad at Syracuse when they played on the football team, so they're very familiar.

Wyatt was at LAX with JoJo Offerman -- their first public appearance since announcing they're expecting a baby in June -- so we had to ask if baby Knash will follow in their wrestling footsteps. 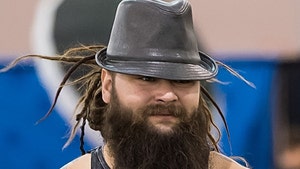 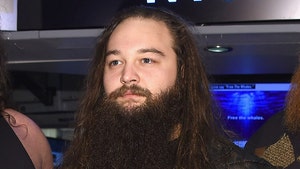