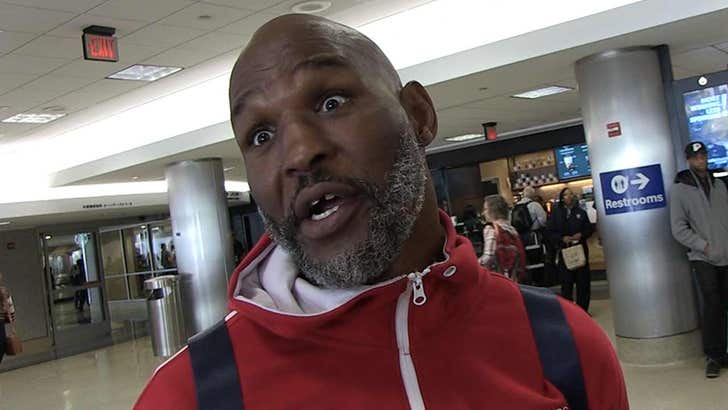 Boxing great Bernard Hopkins is a full-fledged vegan now and has a message for any current and competing fighter who wants to try the lifestyle ... DON'T DO IT FAM!!!

Don't get him wrong ... B-Hop told us he feels GREAT when we got him looking slim and trim at LAX, saying he's been a vegan for around 15 months and he's digging it.

"I feel more energy now, working as I am now with TV and Golden Boy Promotions and what I'm out here now for, so yeah, I feel great."

Sounds good ... but when we asked if going meatless is something Hop wishes he would've done while he was still IN THE RING, he kept it a buck as only a Philly Bul could.

We should say, there are tons of fighters like Nate Diaz (is weed vegan?) who are on the diet, and they seem to do just fine, but when you hear Hopkins talk about it, he seems pretty freakin' sure.

BTW -- Hopkins, ever the promoter, says he has a venue for a Conor McGregor vs. Floyd Mayweather rematch ... and we gotta admit, we'd watch. 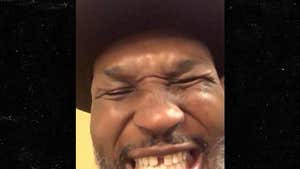 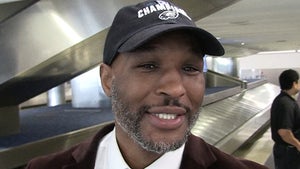