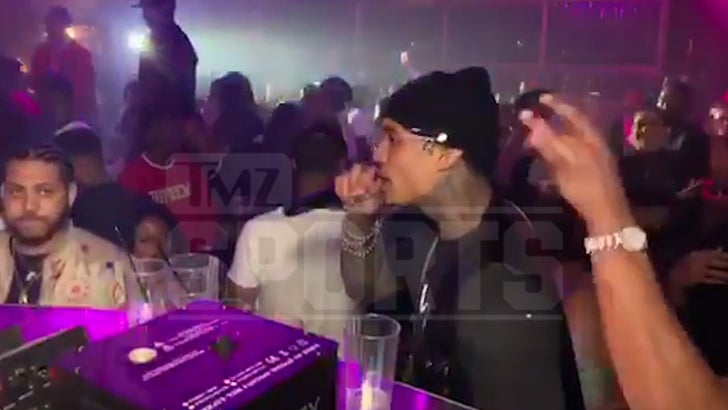 Cleveland Cavaliers guard Jordan Clarkson is completely fed up after Nipsey Hussle was shot and killed on Sunday ... grabbing the mic at a Scottsdale nightclub to give a heartfelt speech about gun and gang violence.

"Why the f**k we doing that s**t? Why we hating on all the black people that's successful? F**k that s**t. That's my motherf**kin' uncle," Clarkson yells to the crowd.

Clarkson and the Cavs are in town for their game against the Suns on Monday ... and the 26-year-old hit up International Boutique Nightclub on Sunday night, just hours after the rapper was killed.

Of course, the NBAer played for the Lakers from 2014-2018 -- and says he was close to the L.A. rapper. The 2 have exchanged props on social media in the past as well.

TMZ broke the story ... the rapper was shot to death Sunday afternoon in front of his store, The Marathon Clothing, in L.A.'s Hyde Park neighborhood. Paramedics tried to save him, but he was pronounced dead at the hospital. He was just 33.

Clarkson joins other sports stars like LeBron James, Stephen Curry and Odell Beckham ... who also shared tributes to the rapper on Sunday. 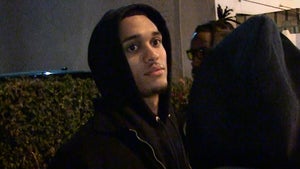