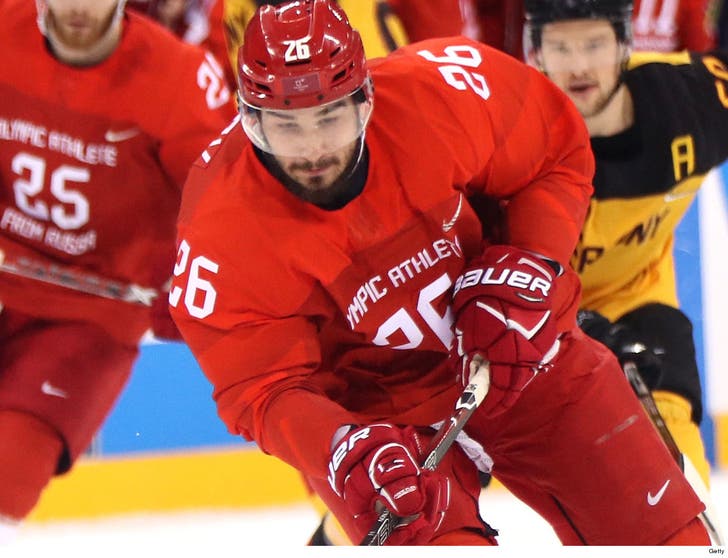 The NHL has just suspended Slava Voynov for the entire 2019-20 season over a domestic violence incident from 2014 ... the league has announced.

As we previously reported, Voynov pled no contest to misdemeanor corporal injury to a spouse -- stemming from a 2014 altercation with his wife at their Redondo Beach, CA home.

Cops said Voynov's wife told them the hockey player kicked, punched and choked her -- and also slammed her head into a TV. Cops said she was bleeding when they arrived to the scene.

Voynov was ultimately sentenced to 90 days in jail and 3 years probation, which he completed last year.

The L.A. Kings terminated Slava's $25 million contract in 2015 -- and he moved back to his native Russia where he resumed his hockey career.

But, now that his probation is over, he wants to play in the NHL again -- and recently met with NHL officials to discuss possible reinstatement.

Enter NHL Commish Gary Bettman ... who says if Slava wants to return, he needs to be punished by the league for his actions -- even if those actions are almost 5 years old.

Bettman decided a 1-year suspension was sufficient and made the announcement on Tuesday.

"I have determined that Player Slava Voynov engaged in acts of domestic violence directed at his wife,” Commissioner Bettman said.

"Today’s ruling, while tailored to the specific facts of this case and the individuals involved, is necessary and consistent with the NHL’s strongly-held policy that it cannot and will not tolerate this and similar types of conduct, particularly as directed at a spouse, domestic partner or family member." 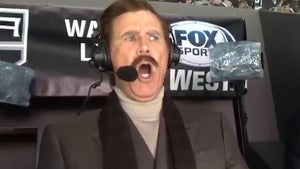 Will Ferrell as Ron Burgundy Calls L.A. Kings Game, It's Kind of a Big Deal 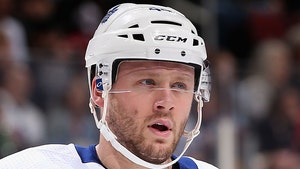 NHL's Morgan Rielly Did Not Use Homophobic Slur, NHL Says