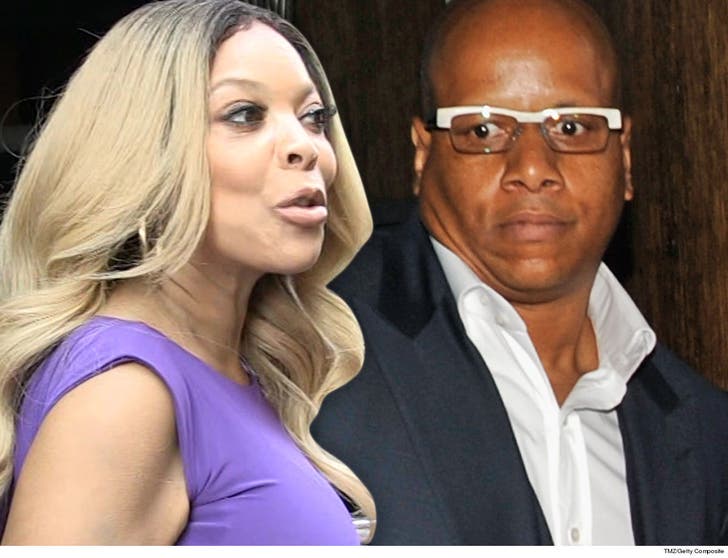 1:20 PM PT -- Reports that Kevin Hunter has been fired are not accurate. He has not been fired, but as we reported, it's just a matter of time. He WILL be gone from the show ... but it hasn't happened yet.

Wendy Williams' estranged husband will not be an executive producer on the show for long ... production sources tell TMZ.

Our sources say the deal-breaker for Kevin Hunter is not about his duties on the show ... it's about Wendy's mental and physical health. We're told she's doing great now, but our sources say it's apparent Kevin's presence on the set causes her stress.

Case in point ... a week ago there was a major blowup on the set between Wendy and Kevin. We're told security had to step in between them and Kevin was temporarily removed from the area. And, our sources say there have been several other blowups as well.

We're told Wendy and Kevin are close to reaching "an accord" whereby he'd step down as executive producer.

As for Kevin -- who allegedly just fathered a baby with his mistress -- he released a statement Tuesday, saying, "I am not proud of my recent actions and take full accountability and apologize to my wife, my family and her amazing fans."

Kevin goes on to say ... "I am going through a time of self-reflection and am trying to right some wrongs."

Wendy filed for divorce last week and on her show Monday said she was focused on the future, saying, "I have a whole new life that I planned for myself and my son." 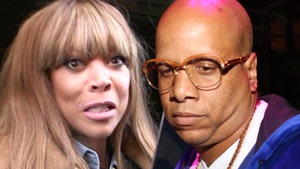